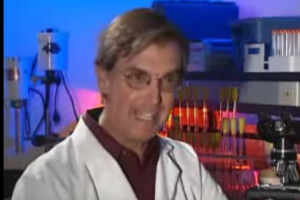 Risks of BPA Awaits Probe. Medical Devices To Be Investigated. The Food & Drug Administration (FDA) has launched two studies to determine if bisphenol-A (BPA) in some medical devices is exposing patients to health risks.  According to the Website medpagetoday.com, the two medical device studies will focus on whether BPA in plastic components can leach into patients during cardiopulmonary bypass and hemodialysis.

BPA has been linked to a variety of diseases

BPA has been linked to a variety of diseases including an increased risk of diseases or disorders of the brain, reproductive, and immune systems; recent studies have linked BPA exposure to problems with liver function testing, an increased risk of diabetes and heart disease, and interruptions in chemotherapy treatment.  The chemical  has also been linked to hormonal disturbances.

BPA is used to harden plastics. It is found in everything from baby bottles to food packaging. It is also used in the plastic parts of medical devices.

Because the BPA contained in plastic leaches out when heated, patients may be at a unique risk for BPA-related health problems because their warm blood passes through the plastic tubing and recirculates into their bodies, medpagetoday.com said.

Agency To Weight The Risks

The FDA said it will track pediatric patients undergoing cardiopulmonary bypass at the Children’s National Medical Center in Washington and hemodialysis patients at the University of Michigan in Ann Arbor. The agency will also look at existing literature that has examined BPA’s effect on patients exposed via medical devices, medpagetoday.com said.

The agency will have to weigh the risk and benefits of particular medical devices if the studies conclude BPA exposure is higher than “tolerable levels.” Unfortunately, as medpagetoday.com points out, there are currently no alternatives to BPA-containing plastics in medical devices.

The FDA recently maintained – based on two industry-funded studies – that current exposure levels from BPA in food packaging pose no health risks.  But according to medpagetoday.com,  in  October 2008, the FDA was roundly criticized for dismissing several dissenting studies when it reached  that conclusion. The FDA has since announced plans to conduct a number of new studies on BPA exposure.