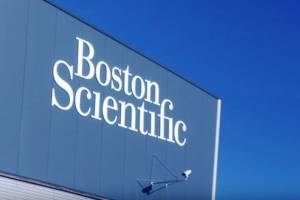 U.S. District Judge Joseph R. Goodwin upheld the November 2014 verdict that Boston Scientific had challenged, Law360 reports. The judge rejected Boston Scientific’s contentions, including that the jury’s decision went against the weight of the evidence and that flawed closing arguments and jury instructions tainted the verdict.

Judge Goodwin wrote that “the remedies of a directed verdict or a new trial should be applied only in exceptional circumstances,” and Boston Scientific failed to show that “such circumstances exist here,” according to Law360.

The 2014 verdict came after a 10-day trial. Jurors sided with the four plaintiffs, who alleged that Boston Scientific’s Obtryx Transobturator Mid-Urethral Sling System was defectively designed and that the company did not adequately warn women about potential injuries from the device.

Boston Scientific settled with one of the plaintiffs but asked the court to grant it judgment or a new trial for the other three plaintiffs.

Pelvic mesh devices have been used for about 15 years to treat pelvic organ prolapse (POP) and stress urinary incontinence (SUI). Devices like the Obtryx are implanted in women whose pelvic structures have weakened because of childbirth, surgery, or aging.

The device provides support for the organs. But clinical studies have shown that about one in 12 patients suffers complications. The complications include pelvic pain, painful sexual intercourse, protrusion of the mesh into the vagina, infections, urinary problems, bleeding, and recurrence of the prolapse or incontinence.

Among the issues Boston Scientific raised in its appeal was that in his closing the plaintiffs’ counsel asked the jurors to put themselves in the plaintiffs’ shoes. Typically, jurors are not asked to substitute sympathy for judgment, and the defendants objected to this, Law360 reports.

But the court said that the attorney framed the arguments in terms of himself, not the jurors, using the word “you” in an “impersonal” sense. Judge Goodwin’s decision further pointed out that the trial judge’s jury instructions specified that verdicts must be based solely on evidence and the law.

In that warning, the FDA said, “serious complications associated with surgical mesh for transvaginal repair of POP are not rare. The FDA also said it is not clear that transvaginal mesh is “more effective than traditional non-mesh repair in all patients with POP and it may expose patients to greater risk.”