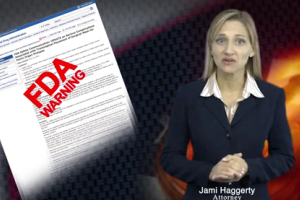 Boston Scientific Transvaginal Mesh Products. Parker Waichman LLP, a national law firm dedicated to protecting the rights of victims injured by defective medical devices, has filed a lawsuit on behalf of a woman who experienced various adverse events after being implanted with several transvaginal mesh products.

The lawsuit alleges that her injuries are caused by the mesh and names Ethicon, Inc., Ethicon Women’s Health and Urology, Gynecare, Johnson & Johnson, C.R. Bard, Inc. and Boston Scientific Corporation as Defendants.

Parker Waichman filed the suit on July 12th in the U.S. District Court for the Southern District of West Virginia, Charleston Division (Case No. 2:12-cv-03156). It is currently pending, alongside many other similar cases, in the multidistrict litigation as part of the In Re: Ethicon, Inc. Pelvic Repair System Products Liability Litigation (MDL No. 2327).

The lawsuit alleges that the mesh caused the Plaintiff to suffer serious and painful complications leading to significant mental and physical pain and suffering, permanent injury, permanent and substantial physical deformity, and the loss of her bodily organ system.

Transvaginal mesh implants were approved through a fast-track process known as the 510(k). According to the lawsuit, this means that a formal review for safety and efficacy was neither required nor performed. Because the 510(k) route has been used to gain clearance for other controversial products, such as metal-on-metal hip implants, the process has drawn an increasing amount of criticism.

According to a report in Bloomberg BusinessWeek, transvaginal mesh makers face over 650 lawsuits claiming that the devices are defective and cause bodily harm. Many lawsuits, such as this one, have been filed into the multidistrict litigation, overseen by Chief Judge Joseph R. Goodwin.

Some of the cases allege that the mesh erodes, meaning that it moves from its intended position and cuts into other parts of the body, such as the colon or bladder. Last summer, the U.S. Food and Drug Administration (FDA) said that, among the thousands of reports received from women since 2005, mesh erosion was one of the most common complications associated with transvaginal mesh.

The agency has asked 33 manufacturers, including Johnson & Johnson, C.R. Bard and Boston Scientific, to conduct post market safety studies on the devices in order to determine their effect on organ damage.

In June, Johnson & Johnson told Judge Goodwin that it will no longer sell four types of transvaginal mesh implants, including the Prolift, Prolift + M, TVT Secur and Prosima. The company had also asked the FDA to postpone the postmarket safety studies.

C.R. Bard recently lost the first personal injury lawsuit to go to trial over transvaginal mesh when a California jury awarded $5.5 million to one couple whose lives were allegedly affected by the Avaulta Plus.