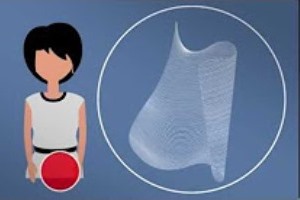 According to The Philadelphia Inquirer newspaper, the decision on Thursday capped a “bad day” for makers of transvaginal mesh devices. In addition to the hit taken by Johnson & Johnson’s subsidiary Ethicon for its defective Gynecare Prolift device, another maker of transvaginal mesh products, Endo Pharmaceuticals, announced that it has lost a lot of money thanks in large part to the failings of these devices.

First, in the case against Ethicon and Johnson & Johnson

First, in the case against Ethicon and Johnson & Johnson, Linda Gross said that she had to endure 18 corrective surgeries to remove her defective Gynecare Prolift transvaginal mesh device. She was the first of more than 1,800 women to have her case reach a jury and earlier this week was awarded about $3.7 million in compensatory damages. Jurors then awarded her the extra punitive damages.

More cases are expected to reach juries in courts across the country later this year and it could end up costing Ethicon millions more in damages. Overall, there are well more than 10,000 lawsuits filed against makers of all transvaginal mesh devices.

Ethicon removed the Gynecare Prolift transvaginal mesh device from the market last year after the Food and Drug Administration ordered it and other makers of these products to produce post-market safety data that showed them to be safe and effective treatments for pelvic organ prolapse and stress urinary incontinence, conditions suffered by millions of women in the U.S. These conditions are caused by a weakening of the pelvic muscles.

And as Ethicon was ordered to pay the more than $10 million in damages this week, another maker of a transvaginal mesh device was reporting financial woes tied directly to these devices.

The Inquirer also reports that Endo Pharmaceuticals announced big losses this week after the medical device subsidiary it owns, American Medical Systems, had a $640 million write down on its value. AMS manufactures a transvaginal mesh device that’s also been linked to complications similar to those attached to the Gynecare Prolift device.

Making matters worse for the company are the nearly 3,000 lawsuits filed against it, specifically, for its manufacture of a defective transvaginal mesh device.

Victims of transvaginal mesh devices are likely to suffer a wide range of injuries, including erosion of the mesh through the skin or vaginal wall, severe bleeding, infections, intolerable pain and discomfort and permanent deformities.