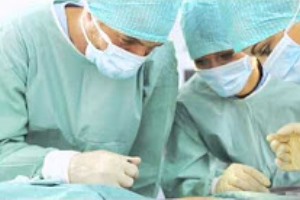 Transvaginal Mesh Failures Women around the country continue to file lawsuit over transvaginal mesh device failures following surgery to repair pelvic organ prolapse (POP).  In addition to hundreds of legal claims, the makers of transvaginal mesh products also face a regulatory review that could lead to tighter restrictions on their products.

According to Bloomberg News, surgeons began using mesh products to repair abdominal hernias in the 1950s.  In 1996, the first transvaginal mesh device was approved to repair stress urinary incontinence, and the devices were cleared for POP repair in 2002.

In the time since they were approved for POP repair, transvaginal mesh devices have been associated with thousands of serious complications.

For example, in July the U.S. Food & Drug Administration (FDA) said it had received more than 2,800 complaints about transvaginal mesh complications since 2009. Of those, more than 1,500 were associated with POP repair, and three involved fatalities.

According to Bloomberg, an FDA review of more than 100 studies involving nearly 12,000 women implanted with transvaginal mesh showed 10 percent had erosion within a year.

In addition to mesh erosion, other serious complications associated with these devices include infection, pain, dyspareunia, vaginal scarring, urinary retention or urinary incontinence.

As we’ve reported previously, transvaginal mesh for POP repair was approved under the FDA’s 510(k) clearance process, which is reserved for devices that are ““substantially equivalent” to others already on the market.  Generally, 510(k) approvals don’t require human testing.

Plaintiffs in transvaginal mesh lawsuits claim the devices weren’t subjected to enough testing before they were brought to market.

“It wasn’t carefully tried and tested before it was implanted into me,” Marci Sutin Levin, told Bloomberg News. “I was told that it was a real improvement, that this would be great and I would be back at work in two weeks. It was irrevocable, what they did to me.”

Levin, 65, received a transvaginal mesh product made by Johnson & Johnson in 2007 during surgery to repair POP.  Now, she says she is in constant pain that has left her unable to work, have sex with her husband, or even sleep through the night, Bloomberg said.

The report goes on to state that the “rate and severity of mesh-specific adverse events following vaginal POP repair with mesh calls into question the safety of these devices.”  If 510(k) approvals are revoked, manufacturers of devices already on the market may have to conduct new clinical trials in order to keep their clearance for POP surgery.

Today marks the start of a two-day meeting of the Obstetrics-Gynecology Devices Panel to determine whether transvaginal mesh for POP repair is safe and effective.  No formal votes will be taken at the end of the hearing.  However, the panel will be polled on whether to reclassify the devices and gather thoughts on how to conduct clinical studies.