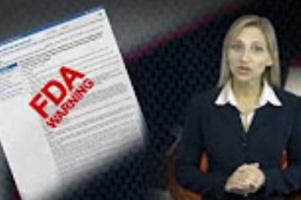 Transvaginal mesh products are used in the surgical treatment of pelvic organ prolapse (POP) and stress urinary incontinence (SUI).  The devices were used in 75,000 transvaginal surgeries last year, according to the FDA.  The mesh products are made by at least nine companies, including Boston Scientific and Johnson & Johnson.

The FDA’s 510(k) approval process is reserved for new medical devices that are substantially similar to products already on the market, and doesn’t require that new devices undergo human testing.  In recent months, 510(k) approvals have come under increasing criticism.

For example, a study published over the summer in the journal Archives of Internal Medicine found that of 113 serious medical device recalls issued between 2005 and 2009, 80 had undergone 510(k) approvals.

In July, in a report commissioned by the FDA, the Institute of Medicine recommended the agency scrap the 510(k) process entirely, finding that such approvals offered patients no assurance of safety.

A report issued last Thursday by FDA staff expressed concern that the “rate and severity of mesh-specific adverse events following vaginal POP  repair with mesh calls into question the safety of these devices.”

According to the report, the most common complications associated with transvaginal mesh devices included mesh erosion, infection, pain, dyspareunia, vaginal scarring, urinary retention or urinary incontinence, and recurrence of POP and/or SUI.

Complications with transvaginal mesh products used in POP not rare

In addition to ending 510(k) approvals for transvaginal mesh products, the report also recommended that news studies involving current products be conducted.  However, the agency would consider a grace period for companies to submit premarket approval applications.

Since 2008, the FDA has issued two warnings for transvaginal mesh.  In its latest warning, released in July, the agency said that complications associated with transvaginal mesh products used in POP are not rare.

According to the alert, the FDA had received more than 2,800 complaints about transvaginal mesh complications since 2009. Of those, more than 1,500 were associated with pelvic organ prolapse repair, and three involved fatalities.

The most recent alert also stated that it is “not clear that transvaginal POP repair with mesh is any more effective than traditional [transvaginal surgery without mesh] … and may expose patients to greater risk.’

This Thursday, the FDA will convene a two-day meeting of its Obstetrics-Gynecology Devices Panel of the Medical Device Advisory Committee to discuss the safety record of transvaginal mesh.

Among other things, the panel will be asked to provide input on the risks and benefits of surgical mesh used for POP and SUI repair.  The panel will also be asked if the devices should be reclassified as high-risk devices.