Pelvic Mesh Injuries, Lawsuits Continue to Mount. While mounting lawsuits continue regarding transvaginal mesh products, adverse events reported to the U.S. Food and Drug Administration (FDA) on behalf of their patients are on the rise with over 23,000 reports from physicians,” according to Madris Tomes, founder of Device Events and a former FDA Program Manager. “Physicians are not great at reporting-this is a HUGE number.”

During her time at the agency, Tomes worked on the agency’s adverse event reporting program and is able to search the entire FDA medical device adverse events data as far back as 1996. Tomes reviewed the FDA’s Manufacturer and User Facility Device Experience (MAUDE) database for transvaginal mesh medical devices (TVM). MAUDE maintains reports of adverse events involving medical devices. Tomes believes that, “all TVM devices are dangerous but only one type [American Medical Systems] is getting any attention.”

In addition to the more than 25,000 attorney reports and 23,641 physician reports, there are over 1,000 “User Facility”-also known as hospital-reports. “And distributors also represent a much higher number than usual,” added Tomes. FDA mandates hospitals and other user facilities to report deaths and serious injuries related to medical device use.

The personal injury attorneys at Parker Waichman LLP have long represented victims of transvaginal mesh and other medical devices. The firm continues to offer free legal consultations to individuals with questions about filing a transvaginal mesh lawsuit.

Tomes also pointed out that 1,299 death reports have been tied with “mesh or sling,” which includes Gore Dualmesh that is used for hernia repair. “This is likely a low number because often deaths are reported as injuries and malfunctions,” she points out. From the information provided, it is unclear how many deaths are related to transvaginal mesh used to treat pelvic organ prolapse (POP) or stress urinary incontinence (SUI).

The FDA reports that from 2008 to 2010, seven deaths were associated with POP repairs. Meanwhile, according to Medscape, an agency review of adverse events of all urogynecologic surgical mesh products from January 2005 to December 2010 revealed a total of 3,979 reports of injury, death, and malfunction.

Finally, in 2011, the FDA announced that serious complications associated with mesh “are not rare,” a reversal from its 2008 alert. The agency also noted that it had received more than 4,000 complaints involving injury, death, or malfunction associated with transvaginal mesh surgeries performed between 2005 and 2010. In September 2011 the FDA’s Obstetrics and Gynecology Devices Advisory Committee reported that causes of death during POP repairs-pointing specifically to three deaths-involved how the mesh was placed during surgery. Four years later, nearly 60,000 transvaginal mesh lawsuits had been filed, according to Tomes. 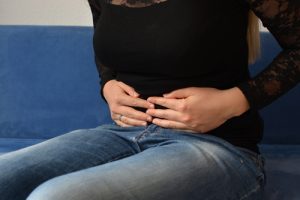 A study published in JAMA Surgery online in late November 2016 discusses the association with transvaginal mesh complications that most plaintiffs who have filed a transvaginal mesh lawsuit allege concerning the increased risk for repeat surgery and mesh erosion that calls for additional care. The research reviewed TVT side effects tied to surgical procedures conducted for SUI versus surgical correction performed at the same time.

“There is evidence for a dose-response relationship between the amount of vaginal mesh used and subsequent mesh erosions and other complications, leading to repeated surgery,” said Art Sedrakyan, MD, PhD, of Weill Cornell Medical College in New York, and colleagues in the study entitled, “Association Between the Amount of Vaginal Mesh Used With Mesh Erosions and Repeated Surgery After Repairing Pelvic Organ Prolapse and Stress Urinary Incontinence.”

Transvaginal mesh became a popular treatment for SUI and POP using minimally invasive surgery. In the past, more invasive surgery was used for both procedures and called for longer healing time, but those procedures are associated with fewer long-term complications, while minimally invasive TVT sling and POP surgery calls for less recovery time, but has been tied to greater complications, especially when conducted at the same time, the study indicated. The study also revealed that when SUI correction was conducted alone and not with POP, the lowest risk for mesh complication was seen.

Four procedures were reviewed for the research and the authors determined that the amount of mesh used increased with each of the four procedures identified in the study:

A database located in New York State consisted of 41,604 women who were an average of 56.2 years of age who underwent one of the four procedures during a four-year time frame that ended in 2012.