Home > Medical Malpractice Lawyers > Blood Clots > The makers of birth control patch are putting out a warning
Parker Waichman LLP is no longer accepting new cases for this litigation as the litigation has either resolved or the statute of limitation has expired for the defects we were investigating. However, if you bought this product or a similar product within the last three years and are experiencing issues, click here to listen to a message from our founding partner, attorney Jerry Parker. 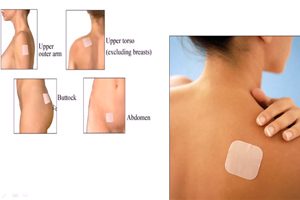 The FDA approves an updated warning regarding the Ortho Evra patch, specifically saying that in fact it was probably delivering much more estrogen than previously thought, up to 50 to 60 percent higher. The concern specifically is that if you have more estrogen circulating in the blood, that could be putting women at risk of developing blood clots. Those are clots that might develop in the legs, for example, and then travel to the lungs, even to the brain in rare situations, possibly causing death.

Blood Clots Were Linked To The Ortho Evra Patch

There had been some case reports. About four months ago, The Associated Press reported that around 12 to 20 women possibly had been affected by these blood clots. Some of the women had died, in fact, as a result of these blood clots that were subsequently linked to the Ortho Evra patch.

Now we’re hearing some of the first warnings specifically warning about the increased circulating estrogen.

You may remember the patch actually became quite popular. Several million women have used it since it first came out a few years ago, mainly because of its ease of use. It’s a once-a-week patch. So for women who forgot to would forget to take the pill every single day, could actually put this patch on once a week.

We are hearing these warnings now for the first time. It is unclear exactly what it’s going to mean for the fate of this patch. It probably, at a minimum, might mean a complete redesign of the patch so it doesn’t deliver as much estrogen and doesn’t put women at greater risk for blood clots. Or it could mean the demise of the patch altogether. We’ll certainly keep you posted as some of those details come in.