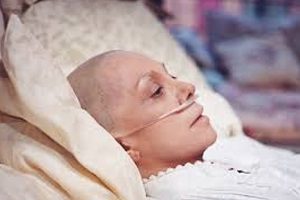 New Study On Cancer Rates. The state Department of Health and Senior Services will soon undertake an analysis to determine if childhood cancer rates in the township were elevated for the years 2000 to 2005.

Dr. Jerald A. Fagliano, an epidemiologist with the health department, said the analysis will get under way as soon as the department is sure that the data for those five years are complete.

“We will attempt to determine which cancers are elevated versus what we would expect in a community of this size,” Fagliano said.

State officials have said they cannot determine if childhood cancer rates continue to be elevated here without conducting an in-depth statistical analysis.

In a recent report to the Citizens Action Committee on Childhood Cancer Cluster, Fagliano said five children who were diagnosed with cancer in 2004 had their cases reported to the state’s cancer registry. He said the state is aware of three other children whose cases have not yet been reported to the registry.

Children Were Diagnosed With Cancer In Dover

That would mean seven children were diagnosed with cancer in Dover in 2004. For 2005, four cases have been reported to the registry, and Fagliano said the state is aware of four more that have not yet been reported, for a total of eight cases.

In a town of Dover’s size, with about 95,000 people, four to five new cases of childhood cancer can be expected to be diagnosed each year, Fagliano has said.

It was elevated levels of childhood leukemia, and brain and central nervous system cancers in Dover that drew the interest of researchers from the state health department and the federal Agency for Toxic Substances and Disease Registry. A massive study of the elevated cancer levels was launched in 1996, and completed in December 2001.

State officials said at the time they would continue to track the number of cases even after the major epidemiological study was finished.

But the study found no associations between environmental pollutants and leukemia development in boys or nervous system cancers in male or female children. Researchers have repeatedly stressed, however, that the limited number of cases included in the study makes it impossible to draw any concrete conclusions about causes.

Linda L. Gillick, who heads the citizens committee, said she is aware of one new childhood cancer case diagnosed in Dover this year. Gillick is also executive director of Ocean of Love, a support group for families of children with cancer.

Her group frequently learns about childhood cancer cases several months before they are reported to the state’s cancer registry.

Hospitals in New Jersey are required to report all new cancer cases within six months of diagnosis or face warnings and fines from the state Health Department.

One of the results of the six-year-long investigation into elevated levels of some childhood cancers in Dover was the updating of the New Jersey Cancer Registry, which in 1996 had a seven-year backlog of unrecorded cancer cases.

Hospitals outside the state are not required to meet the six-month reporting deadline.

Gillick said that while the number of leukemia cases diagnosed among township children appears to have declined over the past several years, she is concerned that there does not seem to be a decline in brain and central nervous system cancers.

“We still have work to do here,” she said of the citizens committee.