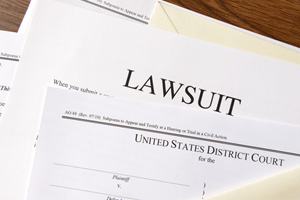 NATRONA COUNTY, WY – June 25, 2020 – According to an online news report on trib.com, the Natrona County School District has officially filed suit against JUUL for its alleged targeting of young children and for misrepresenting the actual potency of their e-cigarette devices. The lawsuit alleges that JUUL succeeded in its plan to addict a new generation to nicotine. The lawsuit also states that nicotine usage amongst children in America has escalated due to 78% of high-school students and 48% of middle-school students using e-cigarettes. JUUL is the market leader of e-cigarette sold in the United States.

The Natrona County School district’s board voted and authorized counsel to move forward and file the lawsuit against JUUL last month. According to the news story, the lawsuit alleges that JUUL targeted and marketed their nicotine products directly to teens. Also, the article states that the lawsuit claims the design of the e-cigarette to resemble a “flash drive-like device” was on purpose and to remove the stigma associated with traditional cigarettes. The lawsuit also alleges that JUUL downplayed and misrepresented the quantity of nicotine that was contained in their “pods.”

A JUUL spokesperson provided a comment to the Star-Tribune. The spokesperson stated that JUUL did “not intend to attract underage users” and that JUUL is serious about trying to “earn the trust of society by working cooperatively” with public health officials, regulators, attorneys general, and others in order to fight underage e-cigarette use.

However, the news report states that the lawsuit alleges JUUL used a strategy that was very successful in the marketing of traditional tobacco products. The school district alleges JUUL used advertisements that depict “flirtatiously posted young people” to persuade the youth that JUUL e-cigarettes are attractive, cool, stylish, sexy, and other desirable traits. JUUL’s advertisements included flashy ads in magazines and billboards while omitting nicotine in the product. According to the news story, JUUL’s advertisements, which are entered in as evidence in the case, show young people smiling, posing, and holding the JUUL Pods. The suit also alleges that JUUL paid social media “influencers” to promote “vaping.”

The report states that every detail from the JUUL device design to the flavors infused in the JUUL Pods, to the light that “flicks” as the device is being used were intentional and deliberate actions in an attempt to corner the youth market.

The lawsuit quotes numerous studies attempts to prove JUUL is liable, in part, to create a “teen vaping epidemic.”

Have you or a loved one been harmed by a JUUL product?