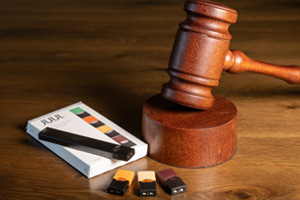 WASHINGTON, D.C. — The U.S. Food and Drug Administration, or the FDA, announced it would launch a criminal probe into the epidemic of vaping-related illnesses and deaths that have occurred in 38 states as well as in the U.S. Virgin Islands. According to USA TODAY, 530 people have an illness relating to, or probably caused by, inhaling toxic vapors from e-cigarettes or vaping. Eight people have died so far from the mysterious respiratory illnesses that have plagued people who use e-cigarettes or vaping products. The USA TODAY reported that the Centers for Disease Control and Prevention suspect that the death toll will rise as more time passes.

The FDA is not interested in prosecuting individuals who use vaping or e-cigarette products. Instead, the health care agency wants to find out what is making people sick or killing them, where those products came from, and the products were purchased. The FDA said that it wants to find out what is behind the spate of illnesses. They need to before more people lose their lives.

The eighth person who died from a respiratory illness caused by vaping products was in his forties. His health history was not publicly disclosed, but the Missouri Health authorities said that the man died from a vaping-related illness.

Health investigators cannot link the illnesses to any one product, chemical, ingredient, or brand. Some people who have fallen ill from vaping used vaping products that contained THC, which is the psychoactive ingredient in marijuana. However, not every person stricken by the mysterious respiratory illnesses used THC vaping products. Some health agencies have said that vitamin e acetate was located in samples taken by the FDA. Vitamin e acetate is a potentially lethal chemical. However, the FDA has not been able to determine that vitamin e acetate was found in every vaping product that made a person sick. Thus, given the difficulties with figuring out what is making people ill, the FDA has turned to the long arm of the criminal justice system to stall the progress of the health care epidemic.