Home » Vaping Companies Sue for the Right to Sell 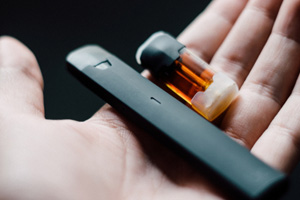 Vaping Companies Sue for the Right to Sell

ALBANY, N.Y. — The Vapor Technology Association and two other vaping companies have filed a lawsuit against the New York governor for the right to sell flavored vaping products in New York State according to a report by NBC New York. The governor announced a statewide ban on flavored vaping products which will take effect in two weeks. The plaintiffs in the suit claim that the governor unlawfully invoked his inherent authority to enact emergency executive orders. The news of the lawsuit comes in the wake of the governor’s plan to include menthol flavored vaping materials in the ban according to CBS 6 Albany.

The vaping industry sees the block on sales of its products as unlawful despite the escalating health crisis linked to vaping. The Vapor Technology Association’s executive director claimed that the governor’s ban unfairly targeted certain individuals while failing to protect teenaged children who are drawn to the products by clever marketing schemes.

The governor called upon the state’s Public Health and Planning Council to convene a meeting as soon as practicable to vote on the governor’s addition to the emergency flavored vaping ban. The governor proposes to add menthol flavoring to the list of banned vaping substances. The move is timely for the governor. A twelfth person died from vaping recently.

Once the ban goes into effect, no store in New York will be permitted to sell flavored vaping products. There is a question whether wholesale distributors can continue in their business endeavors. The proposed ban will affect nearly 7,500 retail outlets in the State of New York. Retailers will lose huge amounts of money when the ban becomes effective. As a result, most vaping product retailers are trying to return their products for refunds to their distributors. New York stores have until October 4, 2019, to remove the vaping products.