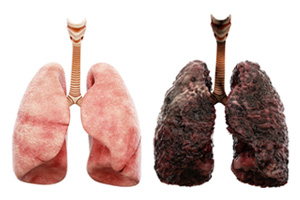 USA- Healthline.com writes that while vaping is now linked to a potentially deadly lung condition, e-cigarettes are also proving to be dangerous for other parts of the body as well. Studies are now indicating that a person’s heart, brain and the lining of their arteries.

One study showed that trying vaping just once causes changes in a person’s cardiovascular health. Those who participated in the study were smokers. When vaping, these individuals’ arteries stiffened, their heart rates increased, and the inner lining of their arteries showed that it was not correctly working. The study showed these changes after the participants took one puff per minute for twenty minutes.

Another study conducted on mice showed that exposure to vapor six times a day for twenty minutes each time for five days led to similar damage to the animals’ blood vessel lining and also harmed the blood vessels in their brains.

Damage to the lining of blood vessels is connected to many severe conditions, including strokes and heart disease.

A second study showed that vaping decreases a person’s blood flow to the heart. The reduced blood flow in those who vape proved to be worse than for people smoking regular cigarettes.

Doctors are saying another alarming factor is that the long-term impact of vaping is as yet unknown. The product has not been on the market for very long and has only become a widespread practice, or epidemic, in the last ten years.

All of this comes as the Centers for Disease Control and Prevention continue to track cases of e-cigarette or vaping related lung injuries (EVALI). More than 2,000 people are reportedly suffering from this condition, and now there are 42 reported deaths from severe cases of EVALI.

Have you or a loved one been injured by E-Cigarettes?