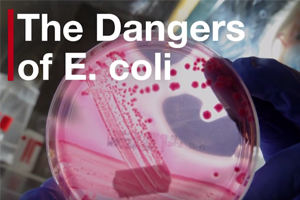 Although health officials suspect the cause of the outbreak and its location, Richmond said they are not releasing it until the California Department of Health Services confirms the findings.

“When we have that, we will be able to release more information,” she said.

On April 3, Public Health was notified by a Kaiser physician in Santa Rosa that a stool culture from a 9-year-old boy was positive for E. coli 0157:H7. The agency launched an investigation that identified the additional children who were infected.

No further cases have developed since April 4, and all the affected children have fully recovered.

Richmond said the delay in going public was due to the laborious task of finding the additional cases, investigating where the children had been and what they were doing when infected.

People can become infected in a variety of ways, including eating contaminated food, drinking or swimming in sewage contaminated water or person-to-person contact.