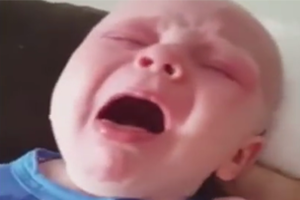 Whooping Cough Considered A Disease Of Bygone Era. Whooping cough—or pertussis, a bacterial respiratory infection—considered a disease of a bygone era is making a comeback. Outbreaks of whooping cough in four states of the sometimes-fatal disorder, despite mandatory vaccinations for children of school age, public health officials said Wednesday. Whooping cough is a highly infectious condition marked by an unstoppable urge to cough. “Just as we have been reminded that tuberculosis is still with us, we are seeing the reemergence of pertussis, a bacterial respiratory infection,” said Dr. Len Horovitz, a pulmonary specialist at Lenox Hill Hospital in Manhattan. “Children who have not been adequately vaccinated with the standard DPT vaccine are at risk, as are adults whose immunity to the bacterium may have faded over decades.”

Although the number of cases this year is lower than in 2006, most occurred within the past several weeks with outbreaks in Pennsylvania, South Carolina, Wisconsin, and Ohio; a Colorado baby died last month after coughing to death. Cases this year have been at their lowest nationwide since 2000, at only 8,051; however, doctors do not believe pertussis has been completely removed. There were only 1,010 cases nationwide in 1976 that range is now seen yearly in New York state alone. Although New York is not among states experiencing an outbreak, the number of pertussis cases in recent years has ranged from a low of 450 in 2002 to a high of 1,969 in 2005. There were 1,091 confirmed cases last year—the most recent year for complete statistics—said Jeffrey Hammond, spokesman for the New York State Health Department. Nationally, the number of cases so far this decade has been as high as 25,800, according to statistics from the Centers for Disease Control and Prevention (CDC). “It has made a comeback, but the recognition of the disease is better and our ability to diagnose and treat it is also better,” said Dr. Thomas Clark, a CDC medical epidemiologist. He said the pertussis bacterium produces a toxin, which accelerates the formation of thick mucus in the lungs that, in turn, causes an uncontrollable urge to cough. “The incidence of pertussis waxes and wanes in cycles, mostly on the order of three to four-year cycles,” Clark said.

Pertussis Occurs in Substantial Numbers in Adolescents And Adults

Long considered a childhood illness, pertussis occurs in substantial numbers of cases in adolescents and adults whose immunity has diminished. A relatively new vaccine called T/dap, a combined tetanus, diphtheria and pertussis formulation, was designed for people between the ages of 19 and 64 for this purpose. Clark stressed pertussis has not been imported into the United States from abroad, as with other vaccine-preventable diseases recently. A mumps outbreak last year in the Midwest came from Britain and measles outbreaks were traced to Central and South America. Pertussis, he said, never really left U.S. circulation. “It is a frightening illness to see the paroxysms of coughing, especially in very young children,” Clark said. “They can cough uncontrollably and turn blue and not be able to get a breath. And it’s all so concerning because it is so exquisitely transmissible.”