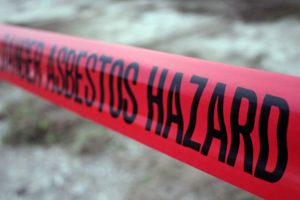 Dozens Of Companies Fighting Asbestos Claims Trials. Dozens of multinational companies fighting one of the largest asbestos compensation trials in US history have broken ranks and opted to settle out of court on the eve of hearings.

The cost of settling the case involving between 8,000 and 11,000 people claiming to have been exposed to the toxic mineral is said to be as a high as $3bn, although some insurance analysts believe it will be lower than that.

The move to avoid even higher costs awarded by jurors is also a blow for those who hoped the trial would act as a rallying point against a spiralling number of claims by people with few obvious symptoms of asbestos illness.

Companies Prevent The Trial From Starting

The 250 companies named as defendants had previously asked the US Supreme Court to prevent the trial from starting. This last-ditch effort failed last week and the court in West Virginia is due to start picking jurors on Monday.

Companies complain they have been unable to distinguish sick claimants from those with only hypothetical injuries and are worried that juries will award all the plaintiffs millions of dollars each.

On Monday, Honeywell, the US industrial group that had been leading efforts to fight the case, confirmed it had decided to settle out of court rather than run this risk.

Honeywell said the cost of settling was confidential and declined to comment on its reasons, but analysts believe it is not alone.

“As of Friday evening, most of the 250 defendants had settled,” said Alice Cornish of Prudential Securities.

“More were expected to settle this weekend.” One unsourced estimate had put the cost of settling the claims at $300,000 each, although this is far beyond the $1,000 per claimant paid by Honeywell in other cases.

Dow Chemical, which is heavily exposed through its Union Carbide subsidiary, said it would continue to fight the trial.