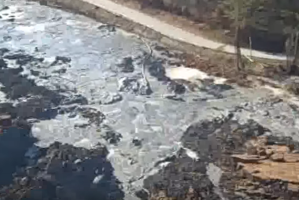 It is known that that people who live next to certain types of coal ash landfills and ponds have a higher risk of getting cancer. Yet despite the dangers, the article states that for years, landfill operators have been allowed to treat ash as if it were no more dangerous than a pile of construction debris.

Coal Ash is known to contain arsenic, selenium and other chemicals that can cause health problems in wildlife and people. According to the Post & Courier, in South Carolina, power companies dump roughly 2.3 billion pounds of coal ash in landfills and holding ponds, some of which are located in close proximately to rivers and neighborhoods.

Despite assurance from the industry that the dumping of coal ash poses no dangers to groundwater or people, the Post & Courier lists several instances where the activity has led to serious environmental problems in South Carolina. According to the article:

Similar Problems Found In Other States

Similar problems have been reported in other states. Nationwide, in 2006, about 70 million tons of coal ash went into landfills, ash ponds and abandoned mine. According to the Post & Courier, an analysis last year by the Environmental Protection Agency (EPA) found 67 cases in 26 states where ash waste tainted groundwater and lakes.

Various studies have pointed to the dangers posed by coal ash, and in 2000, the EPA concluded that the waste “could pose risks to human health … and there is sufficient evidence that adequate controls may not be in place.” Still, the EPA has not officially declared coal ash a hazardous waste.

The problems with coal ash are likely to get worse, as power plants face more and more pressure to reduce their emissions. The technology to keep particulate matter out of the air will create even more ash, and it will contain higher concentrations of arsenic and other toxins. Obviously, new methods for treating and disposing coal ash that will protect the public from dangerous toxins are desperately needed.