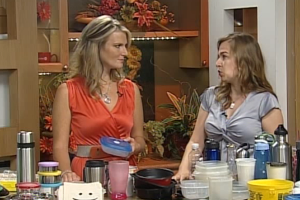 FDA Declares BPA Safe. Despite overwhelming skepticism and mounting evidence to the contrary, the U.S. Food and Drug Administration (FDA) recently declared the controversial, estrogenic chemical bisphenol A (BPA) safe.  Consumer groups criticize the findings used by the FDA in the face of hundreds of scientific studies suggesting that BPA is dangerous.  Now, Congress is questionion the chemical industry’s influence in drafting an FDA report about the safety of BPA in baby bottles.

According to a letter to the FDA from Michigan Democratic Representatives John Dingell and Bart Stupak last week, the FDA hired a private consulting group with strong industry ties to perform some of its BPA analyses.  Work performed by ICF International “formed the basis for the draft,” according to Jodi Seth, a spokeswoman for the House of Representatives’ Committee on Energy and Commerce, which Dingell chairs.  Also, Senator Charles Grassley (Republican-Iowa) is interested in who wrote the FDA report.  In another, recent letter to the FDA, Grassley noted that the report appears to be anonymous and also wrote to FDA Commissioner Andrew von Eschenbach to provide him with the names of everyone who worked on it.

The FDA has been harshly and widely criticized for continuing to deem BPA safe.  One of the problems with the FDA’s findings is that it seems to be relying on two industry-funded studies and ignoring many dozens of independent research findings.  Recently, the FDA has been under growing scrutiny from health officials in the United States and Canada and, now, both Democrats and Republicans have questioned why the FDA used only industry-funded research when determining that BPA is safe.

Dingell and Stupak note that Martin Philbert, chairman of the FDA advisory panel on BPA, is also head of a research center that accepted a $5 million gift from retired medical device manufacturer, Charles Gelman, a known BPA supporter.  That expert panel, a subcommittee of the FDA’s larger Science Board, has been asked to provide an outside review of the report.  Philbert did not report Gelman’s gift to the FDA when he was appointed to the panel and continues to maintain he did not need to do so as he does not stand to gain from the funds.  Given the potential for bias, the FDA should require Philbert to return the $5 million or withdraw from the panel, Representative Edward Markey, (Democrat-Massachusetts), wrote in a separate letter.  In an interview, Philbert claimed his research money has come entirely from federal grants and the W.M. Keck Foundation and also said he has provided lengthy descriptions to the FDA, which has not asked him to step down; Philbert says he plans to continue volunteering on the subcommittee.

“I have serious concerns about this agency’s ability to protect our children from a potentially dangerous chemical,” said Stupak.  Grassley has asked why the FDA has ignored taxpayer-funded research through the National Institutes of Health, noting that the FDA appears to be using a different standard than the National Toxicology Program—part of the Department of Health and Human Services—which relied on government-funded research to conclude there is “some concern” that BPA may affect development of the brain, behavior and prostate in children exposed before and after birth.  Grassley notes that evidence of BPA’s dangers is continually emerging and notes that researchers recently linked BPA to heart disease and diabetes in adults.