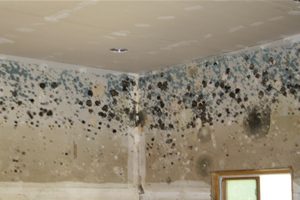 Health Problems Associated With Fuzzy Fungus. Last October, Teresa Koehlar noticed sores and tiny red bumps on her legs and nose. Her dogs started having stomach problems. Soon, her neighbors were throwing their own infected couches and mattresses in Dumpsters.

In March, residents of her suburban apartment complex were told to vacate, and workers in white jumpsuits began prowling around with special equipment looking for what caused the outbreak. Ms. Koehlar says friends and family began to avoid her.

“You’re standing there dressed really nice, but people immediately think you have it on you,” says the former tenant of Saratoga Springs Apartments. “They think you’re contaminated.”

Because this has been a particularly rainy year, some Southern states and others around the country are experiencing a bad outbreak of black mold. Unfortunately, it spreads like crazy.

Stachybotris chartarum, or stachy, as it is called for short, is invading a good many buildings and homes. The mold isn’t new, nor is the problem; but the recent outbreaks have people scared, and some of them have gone to extremes to deal with it. The fuzzy intruder lurks behind wallpaper and under sinks and feeds off moisture and building materials. Air-quality experts and doctors link it to illnesses ranging from dry coughs and runny noses to oozing rashes and constant fatigue. Allergy medicine helps, but for long-term relief of symptoms, you have to get rid of the mold. And despite all the mold and mildew removers for sale in supermarkets, that is easier said than done.

Funguses, of which stachy (pronounced stocky) is but one, aren’t all bad. Yeast is a fungus vital to bread and beer; mushrooms are funguses, too. Penicillin was derived from mold. Cheeses — think of Roquefort — depend on molds. But molds cause rot, and when the rot is in your house and on your belongings and it is making you physically ill, that’s a problem.

Small amounts of black mold can easily be gotten rid of, but truly safe removal requires that a contaminated area be contained, that mold be cut out and that leaks be fixed. Scrubbing can just release spores into the air to spread to furniture and clothing. Left untreated, black mold can contaminate a whole house. Some victims have ended up spending thousands of dollars gutting their apartments, throwing out treasures and, in at least one case, burning down their house, just to be free of the pesky fungus.

Stories of extreme measures have caused a measure of panic. “People think just because they find a little black mold on the side of their wall, they now have to tear the whole house down,” says Mike Hubbard, director of residential services for Assured Indoor Air Quality of Dallas, which conducts indoor air tests for mold spores. “This scare is somewhat ridiculous. I’m just waiting to hear someone call this thing the black plague.”

Mold contamination and the rush to get rid of it are centuries old. As the Bible (Leviticus 14:45) says, if mold spreads throughout a house, “It must be torn down — its stones, timbers and all the plaster — and taken out of the town to an unclean place.”

Sheet rock and ceiling tile are culprits in this battle because they contain organic materials that, when wet, provide a constant food source for mold.

Consequently, Guerra-Prats and Co., a Corpus Christi, Texas, company that specializes in removing mold from homes, says its calls have doubled every month since March last year. Jeff Greene, a Manhattan Beach, Calif., public insurance adjuster, said 95% of his clients in the past two years have had mold-related problems. And a Dallas couple who packed their bags shortly after their apartment was hit by stachy now have a Web site called themoldsource.com (www.themoldsource.com1) that chronicles the struggle.

No one is safe, not even Erin Brockovich, the environmental crusader who inspired the Julia Roberts movie. Ms. Brockovich told a health and human services committee of the California senate last month that she suffered a number of ailments including rashes, headaches and sinus infections as a result of a mold invasion in her $1 million Agoura Hills, Calif., house.

Ms. Brockovich said she spent $250,000 on mold-related repairs — and still can’t sell her 5,200-square-foot home. Because the law requires her to disclose the presence of mold in the house, nobody will buy it, she believes.

The Saratoga Springs complex, where Ms. Koehlar first spotted mold as black circles under a soap dish, sits on a winding road behind a funeral home just north of Dallas. The complex, owned by a unit of Connecticut General Life Insurance Co., gave tenants the boot after high levels of the fuzzy mold were found in several units, including the apartment of newlyweds Joseph and April Acker. The Ackers got their eviction notice just before Thanksgiving when mold was found in their apartment. By the end of March, all tenants had been ordered out of the 264 units. Connecticut General declined to comment.

The Ackers, who complained of persistent headaches and itchy eyes, tossed out $20,000 in valuables, including wedding gifts and a TV set with a 53-inch screen. Among the few things they managed to keep are wedding pictures, which they now look at through plastic sandwich bags.

Steve and Sarah Ramsay began to look for a new home after they, too, were told to leave the complex, they say. After paying a $40 application fee and signing lease papers, they were all set to move into a new apartment nearby, they won’t say where, when the building’s management learned of their moldy past, which they had disclosed in their application.

“They said they weren’t sure whether they were accepting applications from us,” the former Saratoga tenants said. In the end, the two were allowed to move in.

But there isn’t always a happy ending. Larry Lavine, a co-founder of the Chili’s hamburger restaurants, and his wife, Kathi, sued a Dallas homebuilder who lives about seven blocks away, alleging fraud and shoddy construction caused water damage and mold in their home. The suit filed in 1999 in a state court in Dallas is still pending. An attorney for the builder, Robert C. Bailey, declined to comment.

The Lavines took 3,500 pictures and shot more than 10 hours of videotape starring the black fuzzy mold seeping through yellow paint, growing in cracks in their kitchen pantry and lining windows.

Money Down the Drain

Ms. Lavine said they spent hundreds of thousands of dollars to get rid of mold and to replace all their belongings — and the mold still won’t budge. She says she grieves about irreplaceable items — the colorful construction-paper booklet and letters covered with hearts and flowers that their teenage daughter had given them as a little girl. The Lavines estimate they spent about $10,000 just for visits to the veterinarian and a doggy dermatologist, who prescribed steroids and antihistamines for their dogs’ swelling skin and ear and eye infections.

“It’s really sad, but my life has been mold for the last two years,” Ms. Lavine says. “This thing has cost us so much and it seems to be a lost cause.”

Steven and Karen Porath first spotted black splotches on wood panels in the kitchen and bathroom of their ranch-style house. Ignoring it, they planned to expand the master bedroom and add a three-car garage to their Foresthill, Calif., home, which is located near a creek and a pine forest.

But tests for mold came up positive, and the family soon began experiencing joint and chest pains, stomachaches and rashes. Unable to spend $75,000 to have the house professionally purged of mold, they opted to ask volunteer firefighters to torch the house once they had moved into a manufactured home on the site.

On Valentine’s Day, the couple stood on their freshly landscaped lawn and calmly watched as their mold-infested home and all their belongings went up in flames. “At that point, we were relieved to see it go,” Ms. Porath says. “I was like, ‘Take that, house! You’re not going to get away with what you did to us.’ ”