Home » Pedestrian Dies in Tragic Crash on US 19 in Tampa, Florida 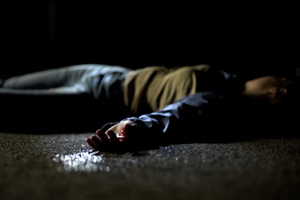 TAMPA, FL- Tampabay.com writes that a pedestrian died this week in a crash on US 19 in Tampa. The victim, identified as a 47-year-old man from Holiday, was struck while attempting to cross US 19 in the evening.

The driver, a 36-year-old man from Holiday, was close to Mile Stretch Drive when he collided with the victim. The pedestrian died at the scene. Reports indicate that the driver was unharmed. Police stated that the incident is not under investigation, and it is not yet clear whether charges will be filed against the driver.

Sadly, pedestrian accidents are not an unusual occurrence in Tampa Bay. The region is considered one of the deadliest for vulnerable road users. Local cities have been working to improve pedestrian safety, but those efforts have not been able to prevent the high number of accidents that continue to plague people walk and bike in the Tampa area.

Data illustrates the severity of the problem. In the Bay Area, pedestrian deaths rose ten percent in 2019. Hillsborough County experienced a spike in fatalities over the past six years from 32 in 2013 to 59, or nearly double, in 2019. Cyclists are also facing dangers in the region. In 2019, there were 45 fatal bike versus car crashes in the Bay Area alone. In the state as a whole, 160 people died last year in these incidents.

The AAA even stated that the Tampa Bay region is one of the most dangerous for cyclists in the state and that Florida is the worst state in terms of such tragic wrecks. Factors that are contributing to the high number of deaths include distracted drivers, tourists who do not know their way around the state, and drunk drivers. Of course, cyclists can take steps to improve their safety, such as wearing a helmet and bright colors to help increase their chances of being noticed.