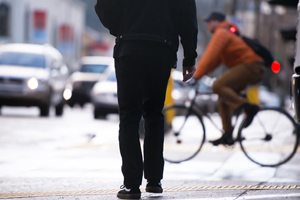 Pedestrians and Cyclists at Risk

TAMPA BAY, FL- Fox13.com writes that despite efforts to lower pedestrian fatalities in Tampa Bay, the number of these tragic crashes is remaining stubbornly high. Clearly, there is more than the region that should be doing to prevent these crashes from occurring.

Statistics from 2019 indicate that the Tampa Bay region continues to hold a place at the top of the list of the most dangerous areas for pedestrian traffic. In the Bay Area, pedestrian deaths rose ten percent between 2018 and 2019. The increase is part of a larger trend that has played out in the Bay Area for years. In a span of just six years, pedestrian deaths almost doubled in Hillsborough County. In 2013, 32 pedestrians were killed. By 2019, that number jumped to 59.

Cyclists are also suffering from the state’s dangerous roadways. Overall, 160 people were fatally struck by cars while cycling in the state. Of that total, 45 died in the Bay Area. Eleven cyclists died in Hillsborough alone.

The AAA reported that Florida is the deadliest state in which to bike. The Tampa Bay region is the worst of the metro areas in the Sunshine State. Among the risks to cyclists include distracted motorists, alcohol, and tourists who often do not know their way around the state.

While vulnerable road users cannot be safe if drivers are not responsible, the report also gave advice to the state’s cyclists. Taking certain steps, such as wearing a helmet and brightly colored clothing, can reduce the risk of being severely injured or killed by a car. Using reflectors, and following traffic laws can also help cyclists remain safe on the road.

Parker Waichman LLP is a pedestrian accident law firm representing victims of personal injury and wrongful death accidents recover full monetary compensation. For your free consultation, call 1-800-YOURLAWYER (1-800-968-7529), or fill out our case inquiry form, or visit us in person.