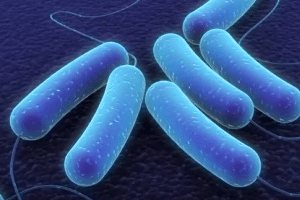 E. coli is a bacterium that is found in the intestinal tract of animals.  The USDA funding will be used to study E. coli O157:H7, a strain that can cause severe diarrhea, kidney failure and death.  Most ‘E. coli’ infections are traced to contaminated, undercooked meat.  But in recent years, several outbreaks of the disease have been linked to fresh produce.  Last year, three people died and hundreds became ill after eating fresh spinach laced with E. coli O157:H7.  Other such outbreaks have been linked to onions served at Taco Bell and other restaurants.

Consumers can combat E. coli contamination in meat by cooking it to an internal temperature of 160-degrees Fahrenheit.  But many people prefer to eat vegetables like spinach and onions raw, and ‘E. coli’ bacteria cannot be washed away.

The USDA Agricultural Research Service and Cooperative State Research, Education and Extension Service are providing $5 million funding to researchers at the University of California to study ‘E. coli’ contamination in California’s Central Valley.  The spinach implicated in last year’s ‘E. coli’ outbreak had been grown in that area.

The University of California scientists will investigate where E. coli originates, how it survives on a plant and what factors make an outbreak of the disease more likely. In the case of the ‘E. coli’ tainted spinach, it is know that the contamination occurred before the product was harvested. Some of the factors that could have contributed to last year’s spinach ‘E. coli’ outbreak include access to fields by animals, land practices, and packing and processing practices.

Some of the money from the USDA will also fund workshops and publications to educate animal operators, natural resource managers and the public about animal diseases that can be transferred to humans.  Those educational programs will cover the ways water can be contaminated by animal sources and good management practices for maintaining and improving water runoff.

In a statement announcing the new funding, Agricultural Secretary Mike Johanns said that the research will ultimately mean a safer food supply. “This research will help producers identify the sources of E. coli O157:H7 and ways to avoid contamination,” Johanns said. “Developing new research and prevention tactics for the grower will contribute to assuring produce safety for consumers.”