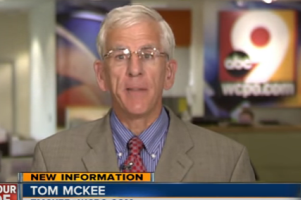 District attorneys will scrutinize the Allentown Catholic Diocese’s handling of 20-year-old abuse allegations when they review the files of six priests who were dismissed for allegedly sexually abusing minors.

The diocese is expected to make the files available as early as Friday to district attorneys in Lehigh, Northampton, Berks, Carbon and Schuylkill counties.

The five attorneys were promised the files during a meeting in Allentown last week with diocesan lawyers and Bishop Edward P. Cullen, head of the five-county diocese.

Northampton County District Attorney John Morganelli said Wednesday that he’s interested not only in the names of the priests and details of the allegations against them but of any evidence that points to a cover-up.

”I made it clear at the meeting that in addition to looking at the molesters, we would be looking at other issues, such as obstructing of justice, intimidation of witnesses, hindering apprehension, tampering with evidence,” he said.

”There is a whole array of other charges that deal with whether these cases were mishandled,” he added.

Carbon County District Attorney Gary Dobias said he too will be looking at the way church officials handled the cases.

”I’m going to try to get the whole picture,” Dobias said.

Lehigh County District Attorney James B. Martin noted that 20 years ago, when the cases allegedly occurred, members of the clergy were not obligated to report child abuse. They became obligated in 1995 when the state’s Child Protective Services Law was amended to include them.

All three of the district attorneys said they were optimistic after meeting with Cullen that the diocese would cooperate.

Cullen announced in February that he had dismissed four priests accused of molesting children more than 20 years ago and that a fifth had been dismissed in 2000. The bishop has not released their identities. Pressured by the district attorneys, beginning with Morganelli, the bishop agreed last week to give prosecutors the names and personnel files of the dismissed priests.

In April, Cullen dismissed another priest, Monsignor James E. Jones of Pottsville. Unlike the previous cases, Cullen released Jones’ name in a letter to parishioners at St. Patrick Church in Pottsville, and noted that Jones, the church’s pastor, had been dismissed for an allegation of sexual abuse from 20 years ago.

Also in April, diocesan officials suspended a priest after reporting him to the state Welfare Department for allegedly abusing a child in 1995. That case, unlike the older ones, may be prosecutable under state law, which gives adults until they are 23 to report abuse in their childhood.

The local cases came to light amid a scandal that started brewing in January when Boston Cardinal Bernard Law admitted shifting a known pedophile priest from parish to parish. Since then, more than 100 priests have been dismissed from dioceses across the country.

Morganelli said he might be asking the diocese for files on more than six priests. He said three alleged victims have contacted his office with the names of priests who allegedly abused them in Northampton County and that he doesn’t know yet if those priests are among the six dismissed. One of the cases reported to his office might be recent enough to be prosecuted, Morganelli said.

Martin said two alleged victims have called his office. One of them wouldn’t give him the name of the allegedly abusive priest and the other said the abuse occurred in Philadelphia.

Dobias said he has not received any reports of abuse.