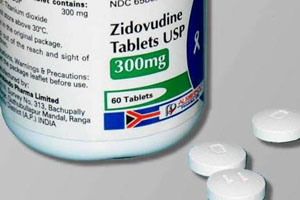 Lawyers at Parker Waichman LLP are investigating potential lawsuits on behalf of families whose child may have suffered an oral cleft due to these anti-HIV medications. If you or a woman you love was treated with an antiretroviral drug to prevent the transmission of HIV in utero and gave birth to a child with a cleft lip or cleft palate, you may be entitled to file a personal injury lawsuit against the drug’s makers for medical bills, lost wages, pain and suffering, and emotional distress. Our defective drug lawyers are currently offering free lawsuit consultations to families of children who were exposed to an HIV medication before birth and were born with one of these birth defects. To learn more about the legal options available to you and your family, please contact Parker Waichman LLP today.

Antiretroviral drugs have been able to decrease the risk of HIV transmission from mother to child from to less than 1%. However, despite their widespread use among expectant mothers with HIV, little is known about their effects on a developing fetus. In January 2012, a study published in Cleft Palate-Craniofacial Journal investigated the association between antiretroviral prophylaxis and cleft lip and palate birth defects. The authors of the study examined 5 years of data from the U.S. Food and Drug Administration’s Adverse Events Reporting System (AERS). They found that in that time period, eight antiretroviral drugs were associated with 27 reports of cleft lip or cleft palate: