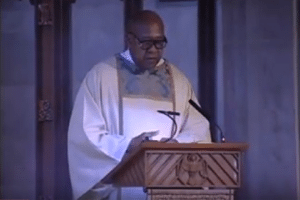 The archdiocese turned over the files Friday after attorneys found allegations of child sex abuse among files on 41 priests the archdiocese had originally said were accused only of sexual misconduct with adults.

“That was apparently not the case,” attorney Jeffrey Newman said Saturday. Twenty-four of the 41 were found to have child abuse allegations against them, and in two other cases the record was disputed over whether the allegation had involved child abuse.

Attorneys for alleged sex abuse victims scoured the files this weekend as they prepared to continue taking sworn testimony from Cardinal Bernard Law on Monday.

Newman said it was “very unfair” to receive the new files more than four months after Superior Court Judge Constance M. Sweeney ordered the archdiocese to turn over files of all priests accused of sexually abusing children.

Some of the priests are still in active ministry, Newman said, though he would not identify them. He said the files would be released after names of alleged victims are removed, possibly in a few days.

The new files bring to 135 the number of priests accused of sex abuse in the Boston archdiocese whose cases have now been released to Newman’s law firm, Greenberg Traurig. Some cases have gone back decades.

Archdiocese spokeswoman Donna Morrissey said church attorneys advised her not to comment on the files.

Newman said he didn’t yet know if information in the files would be used in Law’s continuing deposition in the case of the Rev. Paul Shanley.

“We have to analyze the records, and we’re in the process for reading them, and we may use them for the deposition Monday,” Newman said.

Law has given sworn deposition testimony several times already most recently Jan. 22 in the case of Shanley, who is accused in civil lawsuits of abusing children while pastor at a church in Newton. Shanley, 71, also faces 10 counts of child rape and six counts of indecent assault and battery on boys from St. Jean’s parish in Newton between 1979 and 1989. He has pleaded innocent and is free on bail.

Attorneys for Law and the archdiocese lost a bid to delay the questioning until a state grand jury completed a separate investigation into clergy sexual abuse. Sweeney sharply rebuked the defendants’ attorneys for delays, and said she would fine them.

Newman said Bishop Richard G. Lennon must stop church lawyers from trying to slow down the litigation if there’s to be any hope of a settlement.

Law resigned as archbishop in December, though he remains a cardinal. Lennon, his interim successor, has said settling the lawsuits is a priority.