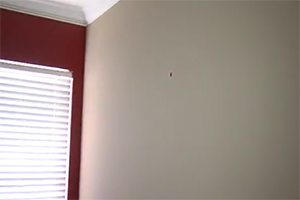 Kept Quiet About Its Problems. It seems even more companies than previously thought knew about tainted Chinese drywall as early as 2006, but kept quiet about its problems. fretful

In a prior investigation, ProPublica had already reported that Florida builder, WCI Communities and Miami-based Banner Supply had known about defective Chinese drywall in 2006. Documents unsealed in a Miami Chinese drywall class action lawsuit included an agreement from that year between Banner and Knauf Plasterboard Tianjin – one of the biggest makers of the drywall – that required Banner to keep quiet about the tainted wallboard. Other unsealed documents revealed that Banner wouldn’t even agree to take the defective drywall from Knauf when the manufacturer offered to give it away, free of charge.

For its part, WCI Communities, which bought some of the Knauf drywall from Banner, reported to Banner that noxious odors from the wallboard were keeping some buyers from closing on their sales. While the builder did start ripping out the drywall from some homes, it kept quiet about the problem.

Executives Reveal That at Least a Half Dozen Knew About the Problem.

Now ProPublica is reporting that recent depositions from Banner executives reveal that at least a half dozen other homebuilders, installers and environmental consultants knew about the problem in 2006.

An executive with one of the companies mentioned in the depositions, PDC Drywall Contractors Inc., told ProPublica that Banner delivered Chinese drywall to its job sites in 2006, even though it had told Banner it didn’t want the material. It wasn’t until 2009 that PDC discovered that dozens of the homes it worked on had received the problematic wallboard. The executive told ProPublica that he believes Banner would include a few dozen sheets of Chinese drywall with deliveries of domestic wallboard, and it went unnoticed by installers.

Since late 2008, the Consumer Products Safety Commission (CPSC) has received more than 3,000 reports from residents in 37 states, the District of Columbia, and Puerto Rico regarding defective Chinese drywall. Gases emitted from Chinese drywall are being blamed for significant property damage, including damage to HVAC systems, smoke detectors, electrical wiring, metal plumbing components, and other household appliances.

These gases also produce a sulfurous odor that permeates homes, and cause metals, including air conditioning coils and even jewelry, to corrode. People living with Chinese drywall have also suffered eye, respiratory and sinus problems that may be linked to the gases.