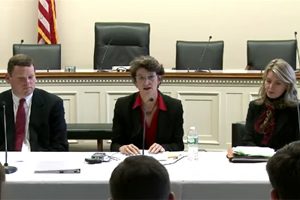 The Florida Health Department has received at least 265 complaints regarding potentially toxic Chinese drywall. Chinese drywall reportedly emits sulfur fumes that produce a “rotten eggs” odor and cause metals, such as air conditioning coils, to corrode. The fumes have also been associated with respiratory and sinus problems in some residents. In some homes, the drywall problems have been so severe that families have had to move, and some builders have begun gutting and replacing drywall in the buildings.

Homeowners in other states, including Mississippi, Louisiana, Alabama, Virginia and North Carolina, have also reported problems with Chinese drywall. A great deal of the material entered the country during the housing boom years. Estimates indicate the drywall may be in more than 100,000 homes throughout the country, more than 35,000 in Florida alone.

Chinese Drywall Problem Has Prompted Calls for a Recall.

The extent of the Chinese drywall problem has prompted calls for a recall, as well as a ban on the material from China. The Consumer Products Safety Commission recently sent a five-member team to Florida to determine if fumes from the drywall pose a health hazard. The commission has said that it is too early in the investigative process to issue a recall.

According to Sun Newspapers, the Magdalena Gardens Condominium Association has been working for about two months to develop a remediation plan with the contractor that built the complex in 2006. The plan likely will call for the relocation of the residents and the replacement of the drywall in the affected units.

Several residents of Magdalena Gardens told Sun Newspapers that they have experienced sinus and respiratory problems, as well as migraines, since moving into the complex. Many now suspect that the fumes coming from the drywall are behind their ailments.

Magdalena Gardens was built in 2006 by the contracting firm Brooks & Freund. A representative from the firm told WINKNEWS.com that it is meeting with its subcontractors and insurance company to address the problem.