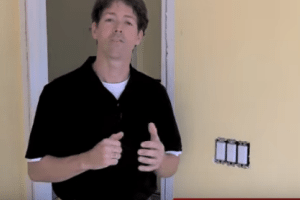 Manufacturers Could Soon Be Added as Defendants. More Chinese drywall manufacturers could soon be added as defendants in the Chinese drywall multidistrict litigation currently underway in federal court in New Orleans. According to a report in the Sarasota Herald Tribune, last Thursday lawyers involved in the litigation revealed that 36 separate variations of tainted drywall have been found – far more than had originally been expected.

The variations were found after lawyers in the cases were told to document identifying marks on Chinese drywall found in affected homes, the Herald Tribune said. Photographs filed with the court last week show names such as Crescent City Gypsum Inc., International Materials Trading, ProWall and Dragon Brand Drywall.

The Sarasota Herald Tribune also reported that Judge Eldon E. Fallon, the federal judge overseeing the Chinese drywall litigation, appears to be growing impatient with some Chinese drywall manufacturers who have yet to respond to lawsuits. According to the report, the judge has actually threatened to issue default judgments against companies who do not respond.

To Issue a Preliminary Default Judgment.

One such company is Taishan Gypsum Co. Ltd. On Thursday, attorneys representing an Alabama builder asked Judge Fallon to issue a default judgment because Taishan has not responded to the builder’s lawsuit. According to the Herald Tribune, the judge agreed to issue a preliminary default judgment against the manufacturer if it did not file an appearance before Sept. 24. That would be followed by a hearing to determine a final judgment against Taishan.

According to the Herald Tribune, Taishan is also known as Taian Taishan Plasterboard and Shandong Taihe Dongxin Co. Ltd.. The firm is controlled by the Beijing New Building Materials Public Limited Co.(BNBM), a state-owned entity under control of the Chinese government.

So far, consumers in 24 states have filed a total of 1,174 Chinese drywall complaints with the Consumer Products Safety Commission (CPSC). Gases emitted from the drywall are being blamed for significant property damage, including damage to HVAC systems, smoke detectors, electrical wiring, metal plumbing components, and other household appliances. These gases also produce a sulfurous odor that permeates homes, and cause metals, including air conditioning coils and even jewelry, to corrode.