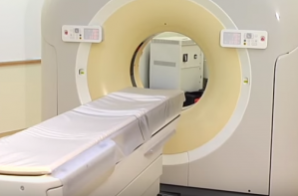 Our CT scan radiation overdose lawyers are investigating these incidents, and we expect that many more victims and hospitals will be implicated in this scandal. The makers of these CT scan machines and the medical facilities where these procedures were performed need to be held accountable for the pain and suffering they have caused so many people.

The US Food & Drug Administration (FDA) began investigating CT scan radiation overdoses in the summer of 2009, and issued two alerts on the subject in October and December of that year. According to those alerts, machines involved in the botched CT scans, made by General Electric and Toshiba, had been wrongly calibrated and subjected patients who underwent brain perfusion scans following a stroke to excessive doses of radiation.

Most of the known overdoses, including the biggest, occurred on scanners made by GE Healthcare. At two hospitals that use Toshiba scanners — Los Angeles County-U.S.C. and South Lake in Florida — officials said the manufacturer suggested machine settings that ultimately produced too much radiation.

Investigators are still trying to determine how these overdoses occurred. In Alabama, an inspection by GE Healthcare, maker of the scanners used there, found that technicians purposely used high levels of radiation to get clearer images. According to the New York Times, experts have called that practice “unjustified and potentially dangerous.

At Cedars-Sinai, where the overdoses also involved machines made by GE Healthcare, officials have blamed the overdoses on a feature that can automatically adjust the dose according to a patient’s size and body part. According to The New York Times, this feature was touted by GE as “a technical innovation that significantly reduces radiation dose.

For its part, GE says the hospitals should have known how to safely use the automatic feature. The company also maintains the feature has limited utility for a perfusion scan. GE also faulted hospital technologists for failing to notice dosing levels on their treatment screens, according to the Times.

Experts interviewed by the Times faulted the scanners, saying a better designed machine might have prevented the overdoses by alerting operators or shutting down when a dose got too high.

Already, lawsuits have been filed against GE Healthcare and the medical facilities implicated in these radiation overdoses. These lawsuits are seeking compensation for patients’ medical bills and other expenses, as well as funds to monitor individuals over the long-term for health problems associated with radiation poisoning. If you or a loved one were the victim of such a CT scan radiation overdose, you may be eligible to file a similar lawsuit.