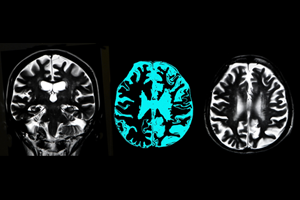 Dilantin is a drug taken by epileptic patients to control seizures. Dilantin has proven effective for many individuals who have not been helped by other medications. The anti-seizure medication is also prescribed off-label for conditions including bipolar disorder, depression, anxiety, and attention deficit hyperactivity disorder (ADHD).

Unfortunately, there are some serious side effects with Dilantin (phenytoin) that affect the brain. These adverse effects may include cerebellar atrophy. This is the loss of neurons and the connections between them inside the brain.

What is Cerebellar Atrophy?

Cerebellar atrophy (atrophy of the brain) is a degeneration of the cerebellum which can affect voluntary movement, such as posture, balance, coordination, and speech. The cerebellum sits under the cerebrum, behind the brain stem. It is divided into two hemispheres. Cerebellar atrophy is a focal cerebral atrophy meaning it affects only a certain area of the brain as opposed to generalized atrophy, when the entire brain has shrunk.

Damage to the cerebellum causes a lack of balance, slow movements, and tremors which may cause shaking. It can make some physical tasks problematic. The symptoms of cerebellar atrophy are comparable to a stroke.

The personal injury attorneys at Parker Waichman are actively reviewing potential lawsuits on behalf of individuals who have been injured by the side effects of drugs, including Dilantin.

An individual suffering from cerebellar atrophy might have a swaying or stumbling walk, giving the appearance of being drunk, when that is not the case. A person experiencing side effects of Dilantin at times cannot even sit on the edge of a bed without falling due to an uncontrollable bobbing movement of the trunk or head. This condition is known as truncal ataxia.

As the cerebellum plays a role in some types of thinking, ataxia may cause cognitive and mood problems. Patients can have difficulty with so-called executive functions such as making plans or keeping their thoughts in order. In some cases, patients taking Dilantin have reported symptoms such as irritability, anxiety, or depression. 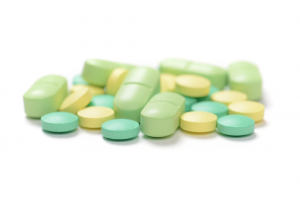 Scientists note that seizures alone may cause brain atrophy. A 1994 study showed that the cerebelli of those treated with Dilantin were much smaller than that portion of the brain in patients not taking Dilantin. The severity and incidence of cerebellar atrophy were associated with the doses of Dilantin taken.

After long-term use of Dilantin, as well as when drug serum levels reach beyond the therapeutic range, side effects of the anti-seizure drug on the brain are more likely. However, some incidents of cerebellar atrophy have been reported even when Dilantin remained within a normal range. A study published in 2003 revealed that moderate to severe atrophy was connected to long-term use of Dilantin.

Studies have also discovered that cerebellar atrophy can affect children who take phenytoin sodium to treat their epilepsy.

Elderly patients have an increased risk of Dilantin toxicity, which puts them at greater risk of complications and side effects of Dilantin on the brain. Some of these individuals may use medication to treat abnormal heart rhythms, alcoholism, ulcers, and tuberculosis, which can all increase the possibility of toxicity.

Dilantin is a powerful drug, and even a small increase in dosage may cause toxicity. It is of vital importance for patients to take the medication only as recommended. In some cases, the reduction or elimination of Dilantin can eventually result in some of the cerebellar atrophy subsiding. Physical or occupational therapy may on occasion help to improve the condition. It is recommended that withdrawal from Dilantin be monitored by a physician.