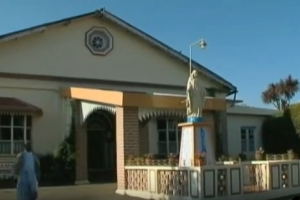 A St. Joseph Former Student Speak Out Against A Priest. After keeping silent for more than two decades, a former St. Joseph student is speaking out against his former priest, who he alleges molested and raped him while he was an altar boy at the local church between 1975 and 1977.

William Claar, now 43 and living in Alaska, said he was sexually abused by the Rev. Bernard “Bernie” Kokocinski in the rectory at St. Joseph’s Church in Fremont, according to the lawsuit filed last week in Lucas County Common Pleas Court.

“I want him exposed,” said Claar, who now lives in Alaska with his wife, Pat Claar. “I want him never to have the opportunity again to do what he did to me.

“I’ve suppressed all of this for so long. I want him to be held accountable as a man.”

Kokocinski, now in Columbus Grove, did not return calls for comment. He also has declined comment to other media outlets.

automatic dismissal of any priest

Claar decided to come forward in June when a “zero tolerance” policy toward priest-molesters was not adopted at the U.S. Conference of Catholic Bishops in Dallas. The policy would call for the automatic dismissal of any priest who is found guilty of sexual abuse of children.

“I felt I had to come forward,” he said. “I’ve lived with enough guilt and shame.

“The church had the power. They did not adopt (the zero-tolerance policy) because they do not care.”

Claar’s 13-count civil complaint asks for more than $25,000 in compensatory and punitive damages and claims church leaders knew Kokocinski was “sexually abusing and exploiting children” since taking his vows in 1966.

“I wish to God I had the courage a long, long time ago to step forward and show courage, ” Claar said.

He said he lives with the guilt of knowing that had he come forward sooner, he may have saved another child from abuse.