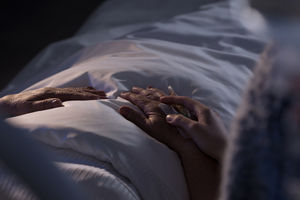 UNITED STATES – The U.S. Food and Drug Administration has approved a generic version of Uloric, a medication used to treat gout. News about the approval of generic febuxostat comes after the FDA warned earlier this year about an increased risk of death associated with Uloric.

Drug company Alembic Pharmaceuticals has announced that it gained FDA approval on its Abbreviated New Drug Application (ANDA) for Febuxostat tablets. In approving the generic drug, the FDA effectively found that it is substantially equivalent to the predicate drug, Uloric, which is manufactured by the company Takeda Pharmaceuticals.

The generic drug, which is not yet on the market, was approved in doses of 40 mg and 80 mg. It is unclear when the drug will be sold in the United States.

In February 2019, the FDA published a Safety Announcement in which it stated that it was ordering a Black Box warning for the Uloric drug label due to an increased risk of death. The FDA conducted an investigation as to the safety risks of the drug and found that Uloric carried a higher risk of death than the competitor gout drug Zyloprim (allopurinol). This included death of cardiovascular events and from all other causes. The FDA did not find cause to pull the drug from the market but wanted to strengthen the warnings on the drug label.

The Black Box warning, which is the most serious kind of warning for a prescription drug, states that Uloric is associated with cardiovascular death and should only be used in patients who do not respond to treatment with the competitor drug. At the time that it ordered the boxed warning, the FDA also required Takeda to create an updated Medication Guide for patients that explains the risks and benefits of taking the drug.

Have you lost a loved one due to complications with Uloric?