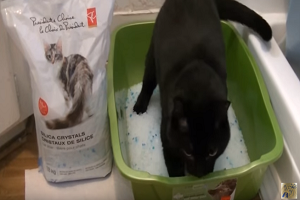 In January 2012, a New York federal judge ruled that the new Fresh Step commercial was misleading, citing the “unrealistic conditions” of testing Clorox claims to have performed on the litter. The company claimed to have conducted a “jar test,” which it says proved carbon, rather than baking soda, better eliminated cat odor. In his ruling, the judge stated his belief that the plaintiff would prevail in its lawsuit against Clorox, and that the continued airing of the commercials would do the plaintiff “irreparable harm.” An injunction was issued ordering Clorox to temporarily stop showing the ad.