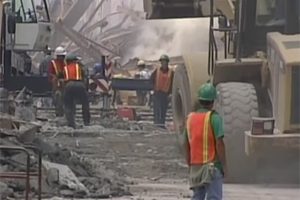 The Fund Stops Accepting Claims in 2016.

Claimants who currently suffer from a covered condition have until Oct. 3, 2013 to file a claim, and others will have two years from the date on which they know or should have known of the condition for which they seek compensation until the Fund stops accepting Zadroga Act claims in 2016.

The Zadroga Act, which among other things provides funding for health care for sickened Ground Zero responders, was passed by the U.S. Congress last December. While disorders such asthma, interstitial lung disease and mental illnesses such as post-traumatic stress disorder are eligible for compensation, cancer is still not a covered ailment. Over the summer, the federal government decided exclude cancer victims for now, after a National Institute for Occupational Safety and Health (NIOSH) review of scientific evidence purportedly found “very little” evidence of a link between cancer and the toxic dust cloud that enveloped and then blanketed much of lower Manhattan in the wake of the attacks. The decision will stand until at least 2012, when NIOSH will conduct its next review.