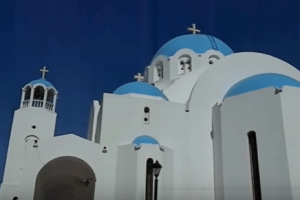 Luque, 69, a Colton resident, could not be reached for comment. The popular priest resigned last month as pastor of St. Edward Catholic Church in Corona, the largest parish in the Diocese of San Bernardino. The resignation came 10 months after Luque was placed on administrative leave amid allegations of sexual misconduct.

“We are saddened by these charges against a priest with so many years of outstanding service,” said the Rev. Howard Lincoln, spokesman for the million-member diocese encompassing Riverside and San Bernardino counties. “We have trust in our legal system that these charges will be resolved with justice.”

Parishioners at the 6,700-family St. Edward’s were stunned Tuesday to hear charges had been filed against Luque, whom they describe as caring, witty and understanding.

“It’s surprising because he is such a pious, good priest,” said parishioner Richard Ornelas, 73, of Corona. “Maybe he made some mistakes back in the ’60s, but that was a long time ago.”

San Bernardino County prosecutors on Tuesday charged Luque with committing a lewd act on a 13-year-old boy in 1963 in San Bernardino, and one count of oral copulation with the same boy when the youth was 16.

The victims, whose names were not released, met Luque through their church, Kochis said. He declined to say where the abuse occurred, or to discuss other details of the case.

Luque, whose family’s name graces a library and a community center in Colton, was notified by mail Tuesday of the charges against him. He is scheduled to be arraigned May 22 in San Bernardino County Court. Prosecutors will not seek bail for the longtime clergyman, who is not in custody, Kochis said.

“He has lived in the Inland Empire continuously his entire life. We do not view him as a flight risk. He remained in the area the entire time since the investigation began,” Kochis said.

If convicted, Luque could face up to eight years in state prison, Kochis said.

One of Luque’s accusers previously complained to Catholic leaders about the clergyman. That accusation was among the 22 previously unreleased sexual-abuse complaints naming 20 priests that the diocese turned over to authorities in April 2002.

Lincoln declined to comment on how the diocese handled that past complaint against Luque, or to say whether it was lodged before or after the diocese was created out of the Diocese of San Diego in 1978.

Luque’s other accuser came forward to authorities in recent months, Kochis said, adding that man previously has not complained to the diocese about the priest.

Luque is the second Inland-area clergyman to be charged in recent months with sexually abusing a minor.

Last summer, San Bernardino prosecutors charged Monsignor Patrick O’Keeffe with molesting a 17-year-old girl in 1972 at St. Adelaide Church in Highland. Now 67, O’Keeffe left for his native Ireland shortly before charges against him were filed, and Irish authorities will not extradite him.

On Friday, San Bernardino prosecutors announced they would not be filing charges against the Rev. Peter Covas, citing concerns about the credibility of two men who accuse the priest of molesting them as children in the 1970s.

Luque was named pastor of St. Edward in 1994 to replace a priest who had left the previous year amid accusations of sexual misconduct with an adult.

At that time, Luque vowed to help mend the parish, saying, “There is nothing I can do about what’s happened, except help heal.”

Born and raised in Colton, Luque was ordained in 1962. After working briefly in San Diego, he was assigned to St. Anthony Catholic Church in San Bernardino and moved to St. Edward in 1964, according to the diocese.

The Luque Community Center and the Luque Library, both in Colton, are named for Luque’s father, Pete, a city councilman in the 1950s, according to the Colton Library.

St. Edward’s hosted a concert last year to commemorate the 40th anniversary of Luque’s ordination, and more than 2,000 attended a Mass in his honor.

In a letter read at a Mass last month, Luque told St. Edward parishioners that he had resigned because of the ongoing investigation. Luque wrote, “When the matter is closed, I will personally visit with you to bid farewell and publicly discuss my future ministry.”