Chronology of the Ethicon Pelvic Mesh Lawsuit. A Pennsylvania state judge refused to deny a $13.7 million to a lawsuit verdict against Johnson & Johnson (J&J) and its subsidiary, Ethicon, who immediately made it known they would appeal the award to the state Supreme Court. The judge remarked that the plaintiff’s suffering was real and chronic.

The plaintiff filed her mesh lawsuit in June 2013. The woman suffered from stress urinary incontinence and had received transvaginal tape in 2005, made by Ethicon Inc. to treat her condition. In 2007, two years later, the plaintiff began to experience a sharp pain in her vagina. Her physician found that the mesh had become exposed and surgery was required to fix the problem, according to court documents.

Three years later, the plaintiff underwent surgery a second time for exactly the same reason. In 2012, one year before the plaintiff filed her transvaginal (TVM) mesh side effects lawsuit, she began suffering from pulling sensations and additional pain caused by scarring from the prior surgeries, as well as the implant itself.

The personal injury attorneys at Parker Waichman LLP are actively reviewing potential lawsuits on behalf of women who have suffered injury from allegedly defective medical devices, including transvaginal mesh products.

In February 2016, the plaintiff was awarded a jury verdict of $13.7 million. The jury found that the transvaginal tape (TVT) sling used for the surgery was not totally safe. The verdict, coincidentally, came within a month of the U.S. Food and Drug Administration (FDA) changing the classification of transvaginal mesh from Class II (moderate risk) to Class III (high risk). The FDA has since reconsidered their opinion about the use of transvaginal mesh and no longer see it as the preferred method of treatment for stress urinary incontinence (SUI) or pelvic organ prolapse (POP). Both conditions are common to women later in life who have borne children.

The plaintiff claimed that the mesh was defective because its pores were too small and had a tendency to degrade. It was easily pulverized into tiny fibers because it was cut by a machine as opposed to a laser, and the mesh may erode damaging surrounding tissue.

In her lawsuit, the plaintiff alleged that transvaginal mesh side effect complications left her with constant pain and discomfort, along with a reduced ability to participate in sexual activity with her husband.

Ethicon attempted to have the award disqualified, maintaining that in its view, the plaintiff’s pelvic pain was intermittent, at best, and that the plaintiff’s claims concerning emotional harm were “unqualified.”

Judge Kenneth Powell of the Court of Common Pleas of Philadelphia County, Pennsylvania, did not accept that argument. “To characterize [plaintiff’s] testimony in this way is to minimize her real damages to an unreasonable degree,” he said. “This is not merely ‘intermittent’ pain – it is chronic pain, pain that will be with her for the rest of her life, with no real prospect of resolution.” The judge added, “The evidence of defendant-appellant’s wanton and willful disregard for plaintiff adequately supported the jury’s award of punitive damages.”

Through a spokesperson, Ethicon expressed once more, their intent to appeal. Ethicon continued to claim that the TVT mid-urethral sling was properly designed and labeled and that the TVT was not the cause of the plaintiff’s ongoing medical problems. 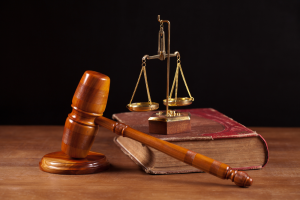 Another medical device manufacturer, Boston Scientific noted in a report filed with the U.S. Securities & Exchange Commission (SEC) in November 2016, that it was facing over 40,000 lawsuits. These all had to do with transvaginal mesh filed by plaintiffs alleging various transvaginal mesh complications.

A case was filed against Johnson & Johnson, Ethicon Inc., and Gynecare in November 2008, by a woman and her husband. In 2006, the plaintiff had transvaginal mesh surgery to alleviate pelvic organ prolapse and stress urinary incontinence. Shortly after the Prolift implant, the woman experienced severe pain and numerous complications. These included nerve damage that was so serious she was unable to work in her profession as a nurse, have sex with her husband, or sit with any comfort more than 20 minutes at a time. Three surgeries were needed to remove the mesh implant.

Ten years later, in 2016, the plaintiff finally got justice and was awarded over $11 million in damages for her TVM injuries.