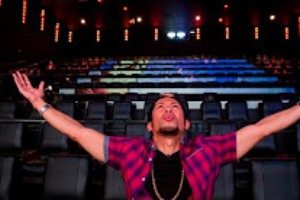 Poway Theater Employees Has Been Awarded. A San Diego County jury has awarded four women a total of $6.85 million in a sexual harassment lawsuit against a movie theater chain.

In their 2003 lawsuit against UltraStar Cinemas, the women claimed that they were harassed by two managers at a theater in Poway, outside San Diego.

According to the lawsuit, the managers put a retractable knife blade to the plaintiffs’ throats, placed them in police-style restraint holds and inappropriately touched and leered at them.

Jurors on Thursday awarded the four women $1.5 million each in punitive damages.

Two weeks earlier, the same jury awarded $850,000 in emotional distress damages to the four plaintiffs. The company filed for bankruptcy after the first verdict, said an attorney for the women.

During the seven-week trial, attorneys for the four women presented evidence that UltraStar’s owners and operators knew about the managers’ conduct, but turned a blind eye to it.