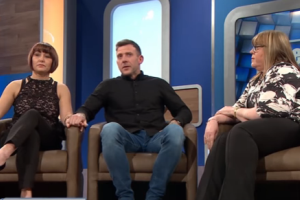 The Rev. Barry Ashwell, who has denied the abuse allegations, was placed on administrative leave from his Buckley parish in September after he was accused in a lawsuit of molesting an altar boy in the 1970s.

The Archdiocese of Seattle had hired independent forensic psychologist Dr. Stuart Greenberg to investigate an allegation made against the same priest in October 1996, also by someone claiming to have been abused in the 1970s. That report came back “inconclusive,” the archdiocese told The Seattle Times last week. But Greenberg was never allowed to question Ashwell, Greenberg and the archdiocese confirmed.

“I strongly recommended that Father Ashwell be evaluated,” Greenberg said yesterday, adding that Ashwell refused even to meet with him.

“We want total cooperation,” Gallant said. “But under canon law, priests have rights just like anyone else.”

Gallant said Ashwell was questioned by others within the archdiocese. He did not know who asked the questions or the extent of the interviews.

no action was taken against Ashwell

In the absence of a conclusive finding, no action was taken against Ashwell, who was at St. Augustine Church in Oak Harbor at the time the complaint was made. He was later moved to St. Aloysius in Buckley, Pierce County. Neither parish was informed of the allegation. Ashwell has not responded to several interview requests left with his parish in Buckley. Through the archdiocese, he has denied any wrongdoing.

The handling of the previous claim against Ashwell seemingly points to inconsistencies in the way the archdiocese deals with cases. The Rev. John Cornelius, who has been placed on leave from his Everett parish while the archdiocese investigates recent allegations that he abused teenage boys in the 1970s, was the subject of a similar allegation in 1996, the year of the previous claims against Ashwell.

Independent investigations into both 1996 allegations were inconclusive. But while no action was taken against Ashwell, Cornelius was ordered to undergo counseling, was given limited duties and was assigned a case monitor. He was also ordered to be closely supervised.

Another inconsistency is that police and state Child Protective Services were called in to investigate the claim against Cornelius, according to the archdiocese, but not the claim against Ashwell. One possible reason for the difference is that Cornelius had adopted children.

Gallant said he couldn’t say what made Murphy treat the cases differently, except that “every case is handled a little differently depending on circumstances.”

The archdiocese settled out of court with the man who filed the 1996 complaint against Ashwell but has declined to disclose the terms. Several sources close to the archdiocese said it’s not unusual for the church to settle with an alleged victim even when the merits of the claim are in doubt.

“Our first concern is addressing the pastoral care of the victim,” said Gallant, adding that counseling is routinely offered to people who report abuse, even before a claim is substantiated.

Greenberg, who has done similar investigations for the church for about 10 years, said he felt confident about the cooperation the archdiocese has given him in conducting investigations.

The plaintiff in the Clark County suit, listed only as “M.H.,” says he was sexually abused as a child by the priest at St. Joseph Catholic Church in Vancouver over five years in the 1970s. Gallant said that case is close to being resolved with a settlement.