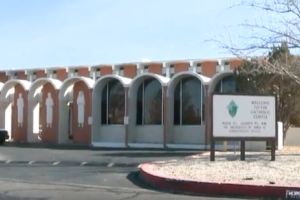 The Rev. Paul M. Desilets, 78, was arrested in Joliet, Quebec, following an international extradition request made by Conte. He most recently resided at the Maison Charlebois in Rigaud, Quebec, and is associated with the Clerics of St. Viator.

Desilets is scheduled to be arraigned today in Canada, according to the statement released by Conte.

The former Bellingham associate pastor is one of the first priests to face criminal charges stemming from this year’s windfall of abuse allegations against clergy from the Boston Archdiocese.

Three of Desilets’ alleged victims said they are startled and relieved by the announcement.

Reporters informed Jim and Brian Corriveau of Bellingham and Scott Coon of Maine of Desilets’ arrest.

“I’m happy that we got to this point, but I’d say the biggest emotion is I feel stunned,” Brian Corriveau said yesterday when reached by telephone.

His brother Jim was getting ready to eat dinner when a television reporter contacted him at home for a reaction.

“I don’t want to say I’m happy. I’m relieved. I’m happy that he’s (been caught), but to me it’s not a happy thought. … Until it’s actually done, I’m not happy. I’m not glad,” Jim Corriveau said.

Coon was in Bellingham over the weekend and met with the Corriveau brothers. All three wondered how the case was progressing, Coon said.

The three men are being represented by Marblehead attorney Jeffrey A. Newman who has filed a civil suit against Desilets and the Boston Archdiocese in Suffolk Superior Court.

James Smith of Millville, Frank Smith of Woonsocket, R.I., and Joseph Fleuette III of Bellingham are also named in the civil suit, which includes at least 19 of Desilets’ alleged victims.

Newman could not be reached yesterday evening for comment.

Perry and Ferreira originally interviewed 21 former altar boys, but criminal charges couldn’t be pressed for all the alleged victims because of the statute of limitations.

Authorities can’t pursue criminal charges against Desilets for the other alleged victims because the statute of limitations froze in 1984 when the retired priest left for Canada.

Bellingham Police declined to comment except to say they were “disappointed” to hear of Desilets’ arrest through media outlets, said Sgt. Peter Lemon.

Conte has been trying to extradite Desilets since August.

“This process went along much, much smoother than we thought,” Conte said.

Following today’s arraignment in Canada, Desilets will be entitled to contest the extradition order at a future court date, Conte said.

Conte could not predict when Desilets would arrive in this country to face criminal charges.

Neither Desilets’ lawyer Dennis J. Kelly of Burns and Levinson in Boston nor Jean A. Savard, attorney for the Clerics of St. Viator in Canada could be reached for comment.

The Boston Archdiocese also could not be reached for comment. The telephone number of Desilets’ sister Mary Anne Sikora, who lives in Florida, has been disconnected.

The Corriveau brothers and Coon said they would attend Desilets’ court hearings once he is brought to justice.

Brian Corriveau believes seeing his alleged abuser in court will help bring closure for him.

“(I want) to confront the man who basically spoiled my childhood, and I think there are a few other guys who feel the same,” said Brian Corriveau.

Coon said he looks forward to “staring down” Desilets in court.

“Anything I can do to empower the others (alleged victims) that would help them come foward, I would do in a heartbeat,” Coon said.

The three men responded to comments Desilets made to reporters this winter that his accusers’ allegations were “misinterpretations.”

“I never touched the boys that way, in the genitals, never, never, never. These must be exaggerations. I don’t recall ever doing anything like it,” Desilets told a reporter in February.

“How do you misunderstand someone taking you by the genitals and squeezing as hard as you can? That’s not really up for misinterpretation,” Brian Corriveau said.

A receptionist at the Maison Charlebois said no one was available to comment on Desilets’ arrest yesterday evening.

In April the Ottawa Sun reported Desilets taught at Cornwall’s Classical College during the 1960s. A four-year probe at the school resulted in 115 charges of sexual abuse.

The college closed in 1968 because of financial difficulties, the Sun reported.

Desilets served at the Pulaski Boulevard parish between 1974 and 1984 when he left for Canada. Prior to that he was a priest at St. Ann’s in Marlborough for five years.