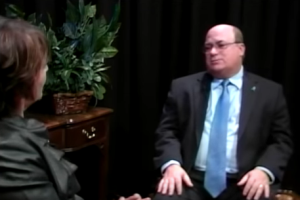 Catholic Priest Charged With Sexual Abuse. In a rare criminal trial of a Roman Catholic priest charged with sexual assault, a 20-year-old man testified Wednesday that when he was an altar boy, the priest twice fell to his knees, performed oral sex on him and threatened to harm his parents if he told anyone.

Their faces pained, two other men testified that the Rev. John M. Banko, known to his former parishioners as ”Father Jack,” coaxed them to join him naked in hot tubs.

Many of the observers who listened to 51/2 hours of testimony in Hunterdon County Superior Court sat on the edge of their seats, rapt, as the three men and another man testified they are still haunted by memories of the priest touching their genitals or buttocks.

A 39-year-old Maryland man who testified Banko sexually abused him for several years when Banko was a student at St. Mary’s Seminary in Baltimore broke down in tears when Assistant Prosecutor Dawn Solari asked him why he came forward several years after the alleged abuse.

”My oldest son is about the age I was when I met Father Jack,” he said during the first day of testimony, weeping so hard he was briefly unable to talk.

He said Banko once told him that ”things would be more fun” for the boy when he reached puberty.

”I prayed I wouldn’t reach puberty,” the man testified.

Banko, 56, who is expected to testify in his defense today, sighed wearily during some of the more graphic testimony. The ruddy-faced, slightly built man with thinning gray hair whispered fiercely to his attorney at several points. Late in the afternoon, he placed rosary beads in a small pouch with trembling fingers, a Bible resting inches away.

Banko is charged with aggravated sexual assault, sexual assault and endangering the welfare of a child. He has refused plea agreements and maintains his innocence. He could face up to 35 years in prison if convicted on all counts. He is no longer serving in active ministry with the Diocese of Metuchen, N.J.

The 20-year-old New Jersey man named in the indictment told the jury and Judge Ann Bartlett that the abuse took place on two consecutive Sundays at a church in the Diocese of Metuchen when he was 11 or 12 years old.

The first Sunday, ”I saw Father Jack close the door and lock the door behind him,” the man testified. ”He told me to pull my pants down.”

”And what did you do?” Solari asked.

”I pulled my pants down,” the man said.

After Banko performed oral sex on him, Banko told the boy that if he told anyone what happened, ”he’d hurt my parents,” the man testified. The man also testified that Banko took the boy’s hand and placed it on the priest’s genitals.

It wasn’t until about five years later, in 1999, that the man confided in a girlfriend after suffering what he described as a nervous breakdown. The girlfriend urged him to tell his parents, the man testified.

What makes the case so unusual is that Banko is being tried in a secular criminal court, legal experts and sexual abuse victims say.

Every year, 10 or fewer such cases against priests are tried in criminal courts, said David Clohessy, who heads a national victims’ group called the Survivors Network for those Abused by Priests, or SNAP.

The 20-year-old man and his family reported the alleged abuse to the sexual crimes unit of the Hunterdon County prosecutor’s office, not the Diocese of Metuchen.

Many Catholic families, thinking criminal cases are costly and time consuming, report the alleged incidents directly to church officials, Clohessy said. They also go to the church hoping to quickly protect other children, he said.

In her opening argument, Solari, the prosecutor, said the case against Banko could be summed up in one word: violation.

”Who can you trust outside your home if you cannot trust your parish priest?” said Solari, herself a Roman Catholic.

Banko’s defense attorney, Lewis White III, cautioned the jury of 11 women and five men, including four alternates, that a sexual abuse expert Solari is expected to call to the stand today is ”someone who gives an opinion for money. Take that for what it’s worth,” he said.

He also urged jurors to remember that the charges in the indictment involve ”one person and one person only,” the 20-year-old former altar boy.

The three other men who testified are not named in the indictment. The judge told the jury she allowed their testimony to show the priest’s motive, intent and pattern of behavior, if any.

”Listen to the defendant,” White said of Banko’s expected testimony. ”Judge him and judge what he says.”