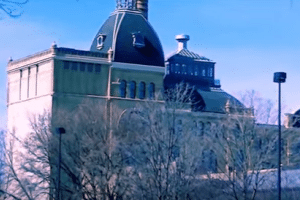 The lawsuits were filed in Contra Costa Superior Court Dec. 30, just a day before a federal law, granting a one-year window for victims to sue over sexual abuse occurring in the past, expired.

The cases, filed on behalf of “John Doe 36” and “John Doe 43,” came less than a month after another former De La Salle student sued the priest once in charge of a St. Helena religious retreat for allegedly molesting him.

The two newest suits do not name the former De La Salle priests accused of the sexual abuse.

In instances when the statute of limitations is about to expire, the law grants an additional 60-day period for investigation, Simons said.

Both the attorney representing the Christian Brothers Order and De La Salle’s administration were taken by surprise by the lawsuits.

“This is the first we’ve seen of both of these,” said attorney Paul Gaspari. “We intend to do our due diligence and investigate the claims.”

De La Salle President Bruce Shoup said he was not familiar with any of the allegations.

“I can’t speak to things going back 30 years,” Shoup said. “I don’t know that we have anybody who was here that many years ago who would have a recollection of anything improper going on.”

Shoup noted that the current administration of De La Salle has a “no tolerance” policy toward sexual abuse.

“In the last 10 years or longer, we have had a hard and fast sexual molestation and sexual harassment policy,” Shoup said. “All the staff go through that (on an annual basis).

“We have continued to assure parents that this is a safe and healthy place for boys.”

De La Salle’s campus has some co-educational classes with nearby Carondelet High School.

The most recent batch of cases point to past abuse that allegedly occurred in the Archdiocese of San Francisco, the Diocese of Oakland as well as two defunct seminary high schools in Santa Cruz and Santa Barbara.

The John Doe 43 lawsuit claims that during 1981 and 1982, a former high school student was molested by a priest who worked as a teacher and counselor at De La Salle.

The John Doe 36 case alleges that during 1975 and 1976, a student was sexually abused by two men: another priest and a lay instructor.

The attorney said one of the two priests had been criminally investigated at some point in the past.

“In both cases, many years ago, the order was appraised of the conduct,” he said.

“It’s a personal decision,” he said. “There are a lot of issues of shame and embarrassment.”