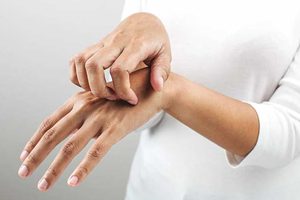 A Warning About Skin Infections From Two Local Physicians. Two local physicians are warning that 60 percent of people entering both the Vanderbilt University Medical Center and Monroe Carell Jr. Children’s Hospital emergency departments with seemingly innocuous skin infections such as spider bites or abscessed boils might be suffering from an infection that is resistant to common antibiotics and could be, in extreme cases, life-threatening.

Those seeking medical attention might actually be suffering from a skin infection caused by methicillin resistant staphylococcus areus (MRSA), bacteria that are resistant to common antibiotics, according to the physicians, Dr. William Schaffner and Dr. Buddy Creech, both Vanderbilt-based.

The news from VUMC comes on the heels of a study published last week in the New England Journal of Medicine and written by Dr. Gregory Moran of the University of California at Los Angles.

The study was conducted in conjunction with 10 medical schools across the nation. Though neither the VUMC doctors nor Vanderbilt were directly involved with the study, Schaffner and Creech have studied the far-reaching effects of the skin lesions.

Creech, a VU assistant professor of pediatric infectious diseases, spends 80 percent of his time on MRSA research on children. He said in 2004 there was almost a ten-fold increase in the number of healthy children harboring the bacteria in their noses. In contrast, in 2001 there were only four in 500 children who had the bacteria.

Skin Infections Could Potentially Lose A Limb Or Even Death

“Fortunately, we have alternative antibiotics that are prescribed to treat MRSA,” Creech said. “But slowly we’ll come to lose those as well.”

If untreated or treated in a delayed manner, sufferers of the skin infections could potentially lose a limb or even die.

Creech and his colleagues are currently looking at “candidate vaccines” being developed and the impact of those vaccines on the community-acquired MRSA.

Over-prescription of antibiotics might be one reason MRSA has spread so rapidly, according to Schaffner, chair of the VUMC Department of Preventive Medicine. Schaffner said he regularly sees patients in the VUMC emergency room with similar conditions.

“Six out of 10 people have the infection and end up getting misdiagnosed,” he said. “This is not anything anyone would have guessed even two years ago.”

According to Schaffner, the finding has interesting implications because MRSA cannot be treated with regular antibiotics.

“The bacterial environment in which we live has changed, so doctors will have to change their treatment practices,” he said.

MRSA first appeared in the 1960s when people were exposed to it in hospital settings. Common symptoms include bumps and boils on the skin, skin redness and fever, and spider bite-looking rashes.

According to Schaffner, the bacterium is now a community-originating organism and has spread to Europe and Australia.

“We have to get the word out [about MRSA] to practicing physicians away from academic centers and have not been 100 percent successful even today,” Schaffner said.

One of the ways to reduce the incidents of MRSA, which spreads primarily through contact, is to follow common health precautions such as washing hands frequently and wearing gloves and gowns (especially for health personnel who work with wound drainage).