Home » A Brief History of Golf 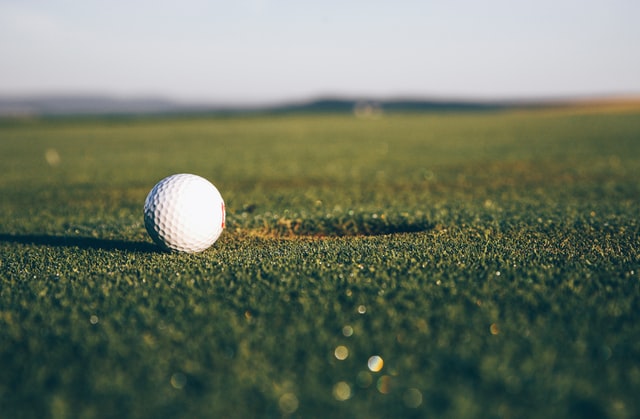 Although people disagree about the origins of golf, the general consensus is that modern golf began in Scotland sometime during the Middle Ages. It wasn’t until late in the 19th century that golf became popular internationally. Initially, golf spread from Scotland throughout the rest of the United Kingdom. Eventually, it spread throughout the outlying British Empire and then to the United States.

Researchers have discovered evidence of a Dutch game similar to golf that was played with a leather ball and a stick as early as 1297. The player to hit the ball into a target with the fewest strokes was the winner. However, the game is likely to have been around even earlier than that: A 1261 Dutch manuscript mentions a ball game played with a “colf,” or club,

The game appears to have caught on quickly. In 1387, a city in Holland made it illegal to play any type of game for money, with the exception of golf. Just two years later, a special field was set aside outside the city of Haarlem for the purpose of playing games, especially golf. A 1540 book that became known as the “Golf Book” described a game very similar to the modern golf game, and throughout the rest of the 1500s, references to “colf”/”kolf” appear in various works.

Dutch settlers in New York played the first game of golf in America in 1650. The settlers liked to play golf throughout the year; in the winter, they would play the game on ice.

Golf as we know it today is thought to have originated in Scotland. A 1457 Act of the Scottish Parliament is the first official document to mention golf in Scotland. This was an edict issued by the king that prohibited playing golf because it was a distraction from archery practice for the military. Similar bans were issued in 1471 and 1491, and yet, when King James IV of Scotland visited Perth in 1502, he is said to have been given golf balls and clubs. Mary, Queen of Scots, was even accused of playing golf instead of mourning after her husband was murdered in 1567. And in 1592, an Edinburgh edict listed golf as a pursuit that should not be engaged in on the Sabbath.

An account book from 1672 documents a game of golf at Musselburgh Links, which may be the oldest golf course in the world.

King James VII, then the Duke of Albany, is recorded to have played the first international golf contest, which took place in 1681 against two English courtiers.

Thomas Kincaid recorded the earliest instructions for playing golf, including his and opinions about a handicap system. The Company of Gentlemen Golfers recorded the oldest surviving rules for the game in 1744; these rules came to be known as the “Leith Rules.” The Leith Rules were the foundation for later codes, including rules such as the tee having to be on the ground and golfers not changing the ball they struck off the tee.

The Spread of Golf

King James VI of Scotland ascended the throne of England in 1603, and he, his son, and his courtiers were said to have played golf at Blackheath in London. During the 18th and 19th centuries, Scottish soldiers and others introduced golf to British colonies and other places where they were stationed. The first African golf course was built by British slave traders on Bunce Island in Sierra Leone during the 1770s.

Queen Victoria and Prince Albert built Balmoral Castle in the Scottish Highlands in the 1850s. Transportation between London and Scotland became popular, and many people from London wanted to vacation in Scotland. Around this same time, the gutty was developed. The gutty was a mass-produced golf ball that was stronger and of better quality. Golf began to be popular all across the British Isles, and new clubs were founded during the 1860s. By the 1880s, golf clubs were present in Australia, Canada, Ireland, South Africa, and New Zealand.

Various reports of golf being played in New York are recorded in history books, including people being warned against playing the game on Sundays and laws being passed to stop people from playing golf in the streets and breaking people’s windows. A print advertisement in the Royal Gazette in New York City in 1779 featured both golf clubs and balls. The South Carolina Golf Club was established in 1787 in Charleston, South Carolina. The United States Golf Association was formed in 1894, and 267 golf clubs had been established by 1910. By 1932, the USGA had more than 1,100 golf clubs in its affiliation. Walter Hagen was the first American to win the British Open Championship in 1922.

Golf courses did not always have 18 holes. Initially, in the 15th century, the St. Andrews Links had 11 holes, and they were situated end to end on a narrow piece of land. Golfers played each hole until they reached the end of the course, and then they turned around and played each one again. Eventually, several short holes were combined, so the total dropped back to nine holes. Other golf courses followed the St. Andrews Links example.

Golf equipment has also evolved over time. The golf ball has been a variety of sizes and weights, but from about the 1930s forward, the weight and size have been standardized. Golf clubs were initially made out of any type of wood that was available. Eventually, hickory was adopted as the standard wood for shafts, and American persimmon was the type of wood used for the club head. Various shapes and styles of club heads were also developed. During the 1970s, graphite was used for club shafts because it was lightweight and strong. Metal clubs were further developed during the 1980s, eventually replacing wood altogether. Many modern golf clubs are made with graphite shafts and titanium heads.

Many museums preserve golf history. The British Golf Museum in Scotland and the United States Golf Association Museum are two notable museums. Fans who want to learn the history of the sport can visit the World Golf Hall of Fame in St. Augustine, Florida, too. Famous golfers including Jack Nicklaus, Arnold Palmer, and Ben Hogan also have their own museums.