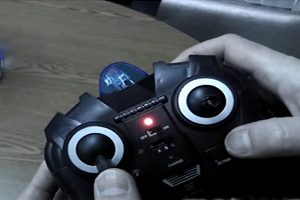 CPSC Warned Consumers About Remote Control Helicopters. Just in time for the holiday shopping season, consumers are being warned about another dangerous toy. According to the Consumer Product Safety Commission (CPSC), remote control helicopters powered by lithium-ion or lithium-polymer batteries may pose a fire and burn hazard.

Because technological advances have made toy remote control helicopters less expensive and easier to use, they are expected to be at the top of many holiday wish lists this year. But anyone considering such a gift should also know that toys with chargeable batteries and adapters -including remote control helicopters – have been listed as one of the top five most dangerous toys for 2008 by the CPSC. That’s because lithium-ion and lithium-polymer batteries can burst into flames or even explode if handled incorrectly or not charged with precision.

According to a report by WPXI in Pittsburgh, this year alone, the CPSC has issued four separate toy recalls for different brands of rechargeable-battery operated toy helicopters, totaling more than 1 million toys. The largest of the recalls involved more than 685,000 Sly Scrambler and The Sharper Image wireless indoor helicopters which were recalled in July. Other recalls included remote-controlled helicopters by Soft Air USA, Westminster Inc.,TWIE sold at Walgreens,Hobbico Inc. and Protocol.

In spite of the danger, many kids are likely to receive a remote control toy helicopter this season. To lessen the hazard posed by these toys, the CPSC has made the following recommendations: