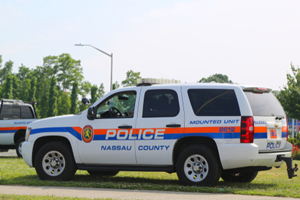 LONG ISLAND, New York – According to Newsday.com, three separate accidents killed three pedestrians in various locations on Long Island. The three accidents happened within a short time frame of each other with two fatal pedestrian accidents occurring on Saturday night and one early Sunday morning. Newsday reported that Nassau County and Suffolk County Police departments, respectively, pursued clues as to how the crashes happened. As of this juncture, police have not filed any charges, and the investigations are still ongoing.

The first of the three fatal pedestrian crashes occurred in Hempstead around 7:00 pm on Saturday. Officers from the Nassau County Police Department investigating that accident reported that a 31-year-old male whose address was unknown to police at the time, died while crossing South Franklin Street. Police located the accident scene and noted it was on the north side of Sterling Place. The officers’ preliminary report suggests that a 25-year-old female driving a 2017 Nissan Rogue SUV collided with the male pedestrian. Officers reported that the driver of the Nissan stayed at the crash site. Physicians at a local hospital pronounced the male pedestrian deceased.

The second fatal pedestrian accident happened in North Valley Stream around 8:25 pm on Saturday night. Investigators say that a 55-year-old man from Valley Stream died at the hospital after being hit by a 2017 Jeep Grand Cherokee operated by a 53-year-old male. The operator of the Jeep Grand Cherokee stayed at the scene of the pedestrian collision. Police reported that the deceased pedestrian was struck while attempting to cross Linden Boulevard, just east of 237th Street.

Finally, the third fatal pedestrian accident occurred at 2:30 am on Sunday morning in East Patchogue. There, a 36-year-old woman and man 20-years-of-age were hit by a 2008 Honda Accord while trying to cross Montauk Highway in the vicinity of Orchard Road. Medics transported the female to Long Island Community Hospital where she expired. The male also received treatment for minor injuries he received in the collision. The 31-year-old male operator did not report any injuries.

Have you or a member of your family been injured in a Long Island pedestrian accident?