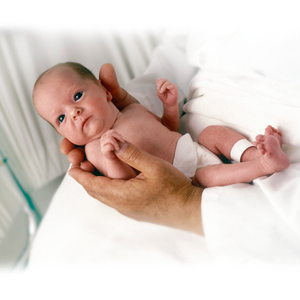 Support Oxygen In Premature Infants. Parker Waichman LLP is investigating potential lawsuits on behalf of families whose premature babies participated in a study known as Surfactant, Positive Pressure, and Oxygenation Randomized Trial (SUPPORT). The study, which was mainly conducted at the University of Alabama at Birmingham, looked at the differences between high and low levels of oxygen in extremely premature infants. According to the Department of Health & Human Services, these parents were not properly informed that participating in the study may increase the risk of blindness and death. If you or someone you know participated in SUPPORT, our attorneys would like to speak with you. Call Parker Waichman LLP today for a free, no-obligation evaluation of your case.

SUPPORT involved 1,300 infants between 2004 and 2009 who were born between 24 and 27 weeks of gestation. The lead site in the study was the University of Alabama at Birmingham; in total, 23 academic institutions participated in the study, including Stanford, Duke and Yale. The researchers looked at the difference between infants who received high-oxygen and low-oxygen. The results of the study were published in the New England Journal of Medicine (NEJM) in 2010.

Researchers Failed to Warn Parents’ of Premature Infants about Risk of Blindness, Death

In a letter dated March 7, 2013, the Office for Human Research Protections found that the researchers had failed to inform parents that participating in the study could increase the risk of blindness or death. The letter, which was addressed to vice president for research at the University of Alabama at Birmingham Richard B. Marchase, took issue with the consent form used in the study for failing to mention this information. The risks that were mentioned in the form were much less serious; it warned that there is a risk of abrasion by the oxygen monitoring device. The form also stated that there may be benefits to participating, including a possible decreased need for eye surgery depending on the group the infant was assigned to.

According to a NYT article published on April 10, 2013, Marchase argued that the study kept the babies within the “standard band of treatment” for oxygen levels, which is between 85 to 95 percent. The federal office’s letter, however, contends that the risks of participating in the study “were not the same as those receiving standard care.” The letter asserted that infants in the high-oxygen group were more likely to develop retinopathy of prematurity (ROP), a serious eye ailment that frequently leads to blindness, and that those in the low-oxygen group were more likely to die. “The researchers had sufficient available information to know, before conducting the study, that participation might lead to differences in whether an infant survived, or developed blindness, in comparison to what might have happened to a child had that child not been enrolled in the study,” the letter stated.

Among other things, the letter said that the form did not include any information about prior research showing the relationship between oxygen levels and ROP, a topic that has been examined for over 50 years. The letter stated that “it was well recognized that changing a premature infant’s amount of exposure to oxygen could have an impact on a number of important health outcomes, including the development of severe eye disease (and possibly blindness); reduced neurologic development, including brain damage; chronic lung disease; and could even lead to death.” Similarly the consent form fails to mention previous studies analyzing the relationship between oxygen levels and mortality, as well as other forms of morbidity other than ROP. Furthermore, parents were not told that having their babies randomly assigned to either a high or low range of oxygen would have any specific risks.

Legal Help Regarding for Victims of Support Oxygen?

If your child participated in the Surfactant, Positive Pressure, and Oxygenation Randomized Trial (SUPPORT), you may have valuable legal rights. Please fill out our online form or call 1(800)-YOURLAWYER (1-800-968-7529) to speak with one of our experienced personal injury attorneys today.