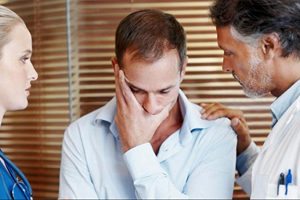 A Jury Awarded The Family Over Missed Diagnosis. A civil jury in Mineola yesterday awarded $14.5 million to the family of a Shirley woman who died of cervical cancer after a laboratory in Massapequa examined her Pap smear tests and failed to detect the disease.

Karen Pedone, 35, died in March 1997 after a three-year battle with the disease that treatments, including radiation and chemotherapy, could not stop. Her family sued the laboratory and her gynecologist, Dr. Richard Halpert. The jury yesterday cleared Halpert of any blame but held the laboratory, Metpath, liable for Pedone’s death.

The family’s attorney, Steven Pegalis of Lake Success, contended that Pedone, a mother of two young girls, would have lived had Metpath, which has since changed its name to Quest Diagnostics Inc., properly diagnosed her.

In March 1993, Pedone, who worked part-time in a doctor’s office, went to Halpert in Smithtown for her annual checkup, according to Pegalis. Halpert sent Pedone’s Pap smear test to Metpath, a national laboratory that at the time had offices in Massapequa. In a report sent to Halpert, Metpath said Pedone did not have cancer.

The following year, Pedone returned for another routine Pap smear and this time Metpath found the cancer, which had started in her cervix and spread to other parts of her body, Pegalis said.

The Lawsuit Alleged A Fatal Mistake

The lawsuit, filed in 1996 in State Supreme Court in Mineola, went to trial earlier this month before Justice F. Dana Winslow. The lawsuit alleged that Metpath made a fatal mistake and that Halpert committed malpractice when he failed to tell Metpath that Pedone was bleeding occasionally.

Attorneys for Metpath and Halpert did not return calls yesterday for comments.

According to Pegalis, Metpath maintained that had it known that Pedone was bleeding, it would have taken a second look at Pedone’s Pap smear and detected the cancer.

Halpert maintained that he was not obligated to divulge Pedone’s medical history.

Six months after Pedone died, her husband, Joseph Pedone, died of a heart attack, said Pegalis. The couple’s daughters, who are now 11 and 13 years old, are being raised by Joseph’s parents, Vincent Pedone and Jane Palma of West Babylon.