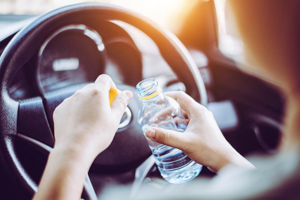 For many people, the ability to drive is one of the fundamental tenets of independence.  Therefore, it is difficult to accept that it may not be safe to continue to operate a vehicle in light of a medical condition.  A person may continue to drive even though he poses a threat to other drivers because he does not want to give up the freedom that comes with driving. However, this decision may have devastating consequences.  When the driver gets into a car crash as the result of his or her medical condition, the question of what he or she knew about his condition becomes a critical part of the analysis about his negligence.

When a driver with a medical condition causes a serious accident, there are two different scenarios:

When looking at a case like this, it is important to determine what the person with the medical condition knew, the statistical likelihood of a medical event that could impact the person’s ability to drive, and what precautions had been taken.  If the driver knew about the medical condition, or should have known based on available information, then he is responsible for the harm that he caused when he got into an accident as a result of a medical emergency.  There are a number of medical conditions that may cause a loss of the capacity to maintain control of a vehicle, including:

There is a defense to this type of accident, which is known as the sudden medical emergency defense.  In order to effectively assert this defense, the driver would need to show the following:

In order to prove negligence in this type of case, the analysis is going to focus on the element of foreseeability.  If the driver had a reason to suspect that he or she could cause an accident because of a sudden medical event, then he had the obligation to make other transportation arrangements.  If he decided that driving was more important than the safety of other drivers who might be unfortunate enough to share the road with him, then he or she could be responsible for all the harm that he caused, including medical expenses, lost wages, pain and suffering, and other associated costs.

A person who was injured in a car accident faces the stress of recovery as well as dealing with the financial and emotional turmoil that comes with many crashes.  At Parker Waichman LLP, we pride ourselves on helping our clients pursue the results that they deserve.  If you would like to discuss your potential auto accident case with our office, contact us today at 1-800-YOUR-LAWYER (1-800-968-7529).