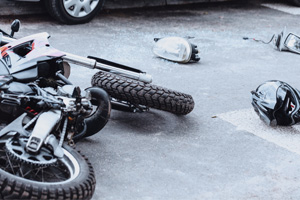 QUEENS, NY- The nydailynews.com reports that a motorcyclist was involved in a collision with a box truck on Tuesday, October 9, 2018, at around 5:15 a.m. The crash caused the motorcyclist to lose an arm. The victim, a 39-year-old man, was riding on College Point Boulevard when he hit the truck.

The man lost his right arm. The victim was transported to the New York-Presbyterian Queens. The hospital has the victim’s status listed as critical, but it is believed that he is stable.

The driver of the truck stayed at the scene. Police have not yet filed any charges.

Motorcyclists should be aware of the risks they are facing and should take certain precautions to increase their safety. One major factor is alcohol. The National Safety Council (NSC) reports that 26 percent of all motorcyclists killed in crashes were riding with a blood alcohol level that was higher than the legal limit of .08 percent.

In addition to the importance of motorcyclists taking their own safety into their hands, it is important that all drivers share the road with two-wheeled vehicles. The National Highway Traffic Safety Administration (NHTSA) reports that other vehicles are more likely to be at fault in collisions involving motorcycles and other vehicles.

Our experienced motorcycle accident injury lawyers in New York are here to initiate the process of investigating your potential motorcycle injury claim, beginning with a free consultation. If you or someone you care about has been injured in a New York motorcycle accident, contact our personal injury law office today by filling out our online web form, using our Live Chat feature, or by calling 1-800-YOURLAWYER (1-800-968-7529).

Have you suffered from a serious injury due to a motorcycle accident?