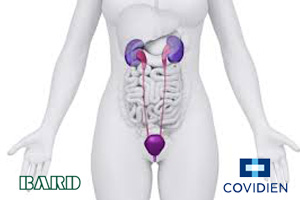 Thousands of lawsuits have been filed over pelvic mesh devices, with women all over the country alleging that they suffered serious and sometimes permanent injuries due to the defective nature of the products. A number of manufacturers have been named in the litigation. Although Dublin-based Covidien is not frequently associated with these cases, the company has two subsidiaries that supplied mesh products to Bard, one of the manufacturers involved in the multidistrict litigations in West Virginia before Judge Joseph R. Goodwin, MDL No. 2187. Some 65,000 product liability lawsuits have been consolidated there against a handful of device makers.

According to a Covidien report filed with the Securities and Exchange Commission in July, the company is taking a $180 million charge from its third quarter profits to cover the costs associated with pelvic mesh litigation. It is possible that this money may be used towards a settlement, or towards costs needed to fight the cases in court. Covidien made this decision after discussing the litigation with plaintiffs’ attorneys. “During the quarter ended June 27, 2014, Covidien received additional information regarding the nature of products liability claims and potential exposure based on access to medical records, discussions with plaintiff attorneys and settlements by other manufacturers. Accordingly, Covidien recorded a pre-tax legal charge of approximately $180 million in the third quarter of fiscal 2014.” the report states.

The only manufacturer to settle pelvic mesh cases so far is American Medical Systems (AMS), who is now owned by Endo Health. In April, the company said it agreed to pay $830 million to 20,000 plaintiffs alleging that the mesh caused serious injuries.

Bard faces 9,234 pelvic mesh lawsuits filed in the federal court. So far, three bellwether cases were chosen. One case resulted in an award of $2 million in actual and punitive damages for the plaintiff while another reached a settlement before the trial began. Reportedly, 200 mesh lawsuits against Bard are being prepared for trial by sometime this year. This does not include the numerous suits filed in state courts.